Janine van Wyk on the brink of reaching continental milestone 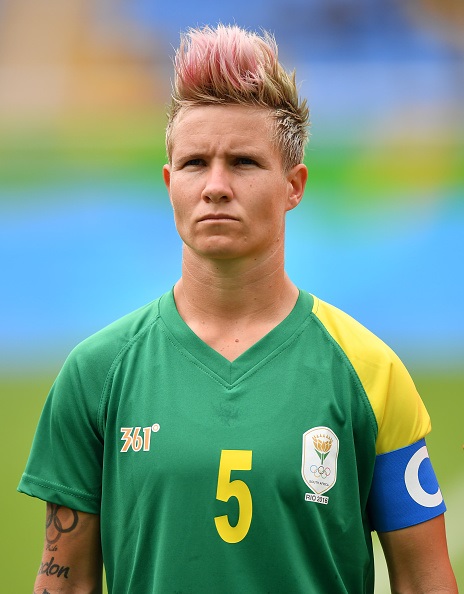 Van Wyk made her international debut in 2005 and has been a fixture in the national team since‚ going to the Olympic Games in 2012 and 2016.
Image: Stephen McCarthy/Sportsfile via Getty Images

Banyana Banyana stalwart Janine van Wyk will make her 150th international appearance when the side tackle Malawi in their final Group A game at the 2018 COSAFA Women’s Championship on Monday.

Van Wyk is already the most capped South African footballer in both men’s and women’s football‚ but will reach her new milestone as she kicks-off what she hopes will be a massive 12 months with qualification for the 2019 FIFA Women’s World Cup on the line.

She will also become the most capped African women footballer ever when she reaches the landmark.

Van Wyk is still some way off the world record though‚ held by Kristine Lilley‚ who played in a remarkable 354 matches for the United States between 1987 and 2010.

Van Wyk made her international debut in 2005 and has been a fixture in the national team since‚ going to the Olympic Games in 2012 and 2016.

“Playing for the national team has always been hugely important to me‚ it is something I take great pride in‚” Van Wyk told TimesLIVE recently.

“Being the most capped player for Banyana Banyana is a huge honour. I never really expected it when I started out‚ I just wanted to play as many games as I could.

“I still believe I have lots to offer the national team and this is an important year with the African Women’s Championship in November.

"That is our chance to reach the World Cup‚ which after so much heartbreak in previous years would be massive.”

Van Wyk recently announced she would be leaving her Nation Women’s Soccer League side Houston Dash‚ allowing her to focus on the national team over the next year.

Banyana need just a point against Malawi to top Group A at the COSAFA Women’s Championship and advance to the semifinals.

Coach Desiree Ellis is using the tournament to prepare for the continental finals in Ghana.