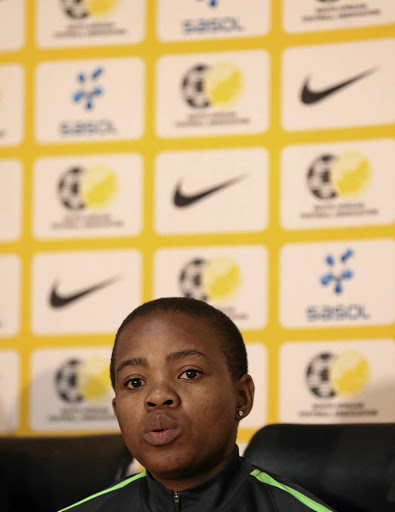 SA Under-17 women's coach Simphiwe Dludlu believes Bantwana are on the right path to do well at the World Cup later this year.

Bantwana booked their place at the global tournament, to be hosted by Uruguay, five months ago.

Dludlu said she's grateful that the team has been active, with her team claiming bronze at the recent Brics tournament played at Wits Rugby Stadium, won by Brazil.

Bantwana thumped a USA select side 8-2 in their first outing, then beat India 5-1 and played to a goalless draw with Brazil. They then went down 2-1 to China and drew 2-2 with Russia to seal third spot.

"At the level of the U-17, the biggest problem is that they don't have enough competition of the highest standard," she stated. "I think playing the Brics tournament was a revelation to our girls to see that the standard is higher than we are used to.

"We might have qualified, but the standard is different and on the other side it was quite heart-warming for us to see that we are not too far."

Dludlu continued: "The support that we are getting from the federation [SA Football Association] goes a long way, because there's no time for me to sit and say I will only see the players in camp. We are kept on our toes."

Having said that, Dludlu, who's also a TV football pundit, has noted some harsh criticism and has urged the nation to rally behind the girls.

"She's out there representing her country, so the perception has to change from how people look at our players and encourage them," she added.

The World Cup takes place from November 13 to December 1 and Bantwana will be in group B with Brazil, Mexico and Japan.