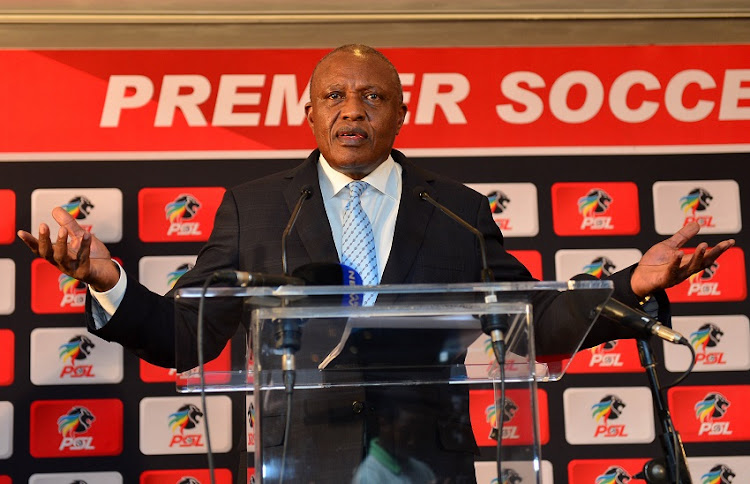 The Premier Soccer League (PSL) will go ahead with an appeal of a High Court decision reinstating Ajax Cape Town in the league‚ but has assured its Board of Governors (BoG) that next season will start on time.

Judge Denise Fisher on July 2 set aside Advocate William Mokhari’s arbitration award that Ajax be deducted nine points from last season’s final PSL log for matches in which they fielded Tendai Ndoro‚ leaving them on 24 points‚ in last place‚ and automatically relegated.

PSL chairman Irvin Khoza confirmed on Wednesday‚ after reporting to a BoG meeting at Sandton Convention Centre‚ that the PSL will seek leave to appeal from Fischer.

“We reported to the BoG on the Ajax-Ndoro matter‚” Khoza said.

“The Executive Committee have decided to appeal the matter and had a responsibility to give a progress report on the status of the matter [to the BoG].

“We also arrived at a decision that‚ whatever happens‚ the new [PSL] season will start as planned on August 4. All competitions will start as scheduled.”

Khoza said if the leave to appeal was not granted the matter would be referred to Fifa’s Players Status Committee.

The matter‚ related to a Fifa ruling that a player may not turn out for more than two clubs in a season‚ was originally decided in favour of Ajax by the PSL's Dispute Resolution Chamber (DRC) on January 31‚ which ruled Zimbabwean striker Ndoro was eligible to play for the Urban Warriors.

Ndoro played a game for Orlando Pirates in August‚ then signed for and played for Al Faisaly in Saudi Arabia.

He signed for Ajax in late December and has played seven games for them since.