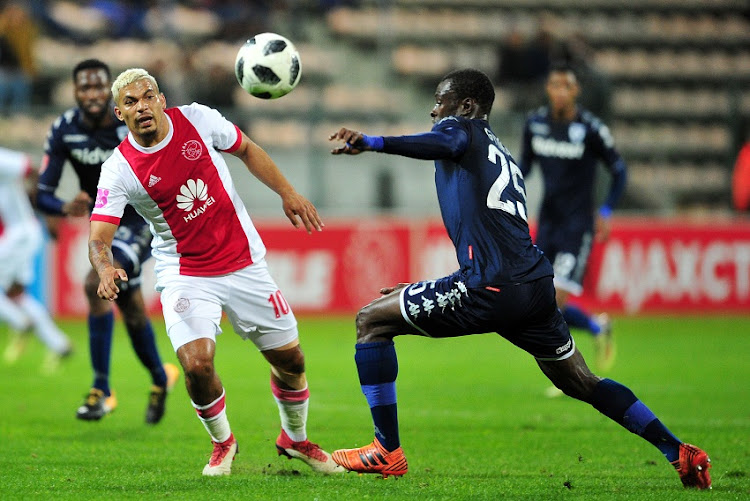 Experienced midfielder Toriq Losper is the latest player to leave Ajax Cape Town after the club declined the option to extend his contract.

The 26-year-old has been at Ikamva for 17 years‚ bar an ill-fated six month loan spell away at BidVest Wits‚ but joins fellow midfielder Travis Graham as the latest academy product exiting the club in this transfer window.

He is one of a number from last season’s squad to leave the side‚ with Tendai Ndoro‚ Gerald Takwara and Neo Makua released‚ while loan players Yannick Zakri‚ Siyanda Zwane‚ Rheece Evans (all Sundowns)‚ Fagrie Lakay (SuperSport United) and Tercious Malepe (Orlando Pirates) have all returned to their clubs.

Justin Jacobus‚ Junaid Sait and Roscoe Pietersen have also not been involved in training in the last week‚ with the former rumoured to be linking up with Maritzburg United.

Coach Muhsin Ertugral is continuing to work with the team while they wait to see which division they will be participating in next season‚ with their bid to have an arbitration ruling that effectively relegated the side in bottom place in the Absa Premiership last season set aside on Monday.

Losper started at Ajax’s academy aged nine and made his PSL debut in 2012‚ making 102 appearances for the Urban Warriors since and scoring 10 goals.

He had a contract dispute with the club in early 2014 that saw him sent to train with the reserves‚ and at the end of that season had a spell on loan with Wits where he failed to impress coach Gavin Hunt.

Within six months he was back in Cape Town‚ but aside from the 2015/16 campaign‚ has failed to rediscover his early promise‚ not helped by injury problems that have kept him sidelines.