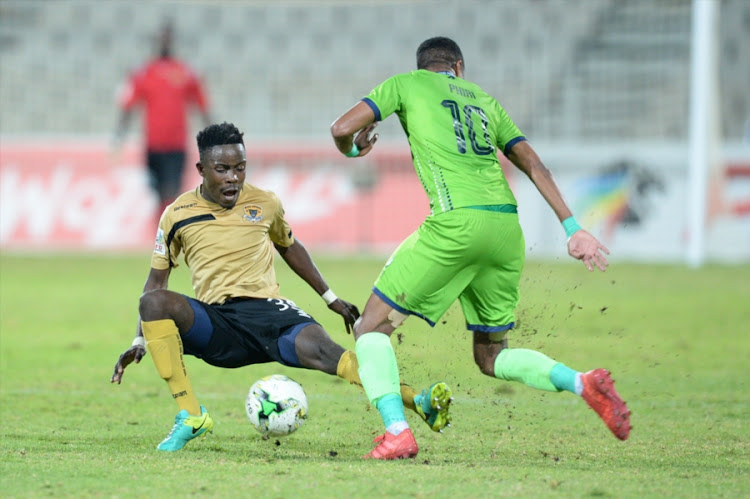 A brace from Mwape Musonda placed Black Leopards in the pole position to get promotion to the Premier Soccer League after they held Platinum Stars to a 2-2 at the Moruleng Stadium in Rustenburg on Saturday.

Platinum striker Letsie Koapeng had opened the scoring for Dikwena in the 22nd minute only for the former Orlando Pirates Zambian striker Musonda to cancel it out in the 51st minute.

Koapeng looked to have secured the first win for Platinum after getting his brace in the 84th minute but Musonda produced a spectacular volley to register his third goal in these play-offs, putting Leopards at the top of the standings with five points with one match remaining for the Limpopo side.

Leopards will confirm their promotion if they beat Jomo Cosmos in their last play-off match in Thohoyandou on Wednesday afternoon.

Cosmos will be home in Vosloorus Stadium against Platinum Stars on Saturday afternoon in the last match of these play-offs.

But this match will mean nothing to Leopards if they secure their promotion on Wednesday.