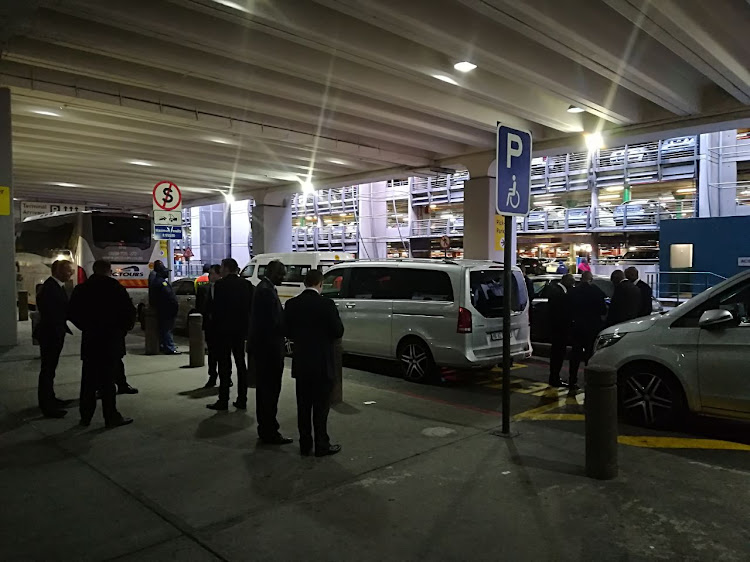 Police and security personnel wait at the OR Tambo International Airport in Johannesburg for the much anticipated arrival of Spanish giants FC Barcelona. The La Liga champions are scheduled to play an international friendly match against South African champions Mamelodi Sundonws at FNB Stadium on Wednesday May 16 2018.
Image: Mahlatse Mphahlele

The highly anticipated arrival of Spanish giants FC Barcelona has been delayed by about two hours and they are only expected to touch down at OR Tambo International Airport after 8am.

The Catalans‚ who take on Mamelodi Sundowns in the Nelson Mandela Centenary Cup at FNB Stadium on Wednesday (6pm)‚ were expected to land in Johannesburg at 6am but their flight from Barcelona was delayed.

The fans had not arrived in numbers around 6 am but there was a visible heavy security presence around the airport and media at the arrivals terminal.