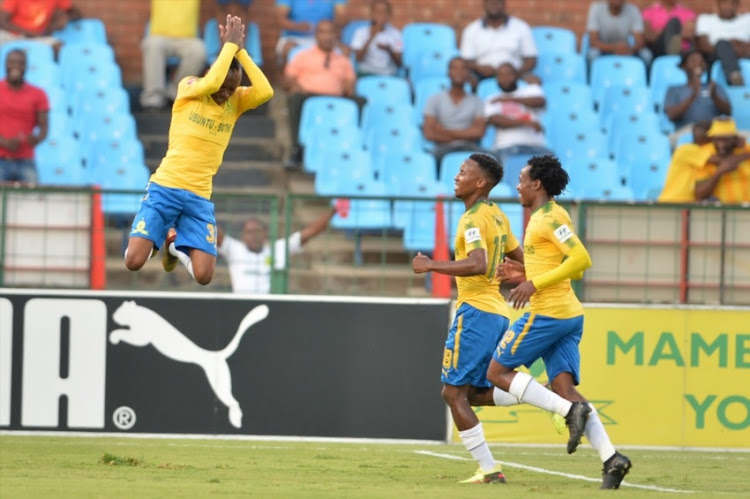 It would have taken something special for Platinum Stars to match and win against Mamelodi Sundowns at Loftus on Saturday‚ Stars coach Roger de Sa said after his team's 3-0 defeat to Pitso Mosimane's swashbuckling Brazilians.

The defeat kept Stars rooted at the bottom of the table and they became strong candidates for the axe after fellow strugglers AmaZulu's surprise 2-0 win at home to SuperSport United on the same night.

"That's a team we could have battled against and we were 1-0 up until about 20 minutes to go. That's the one that is hard to swallow.

"But this one against Sundowns‚ you've got to be realistic about it and accept it."

De Sa seemigly descended on Loftus already having the outcome playing in his mind as he rested his top scorers and most outstanding players this season - Bongi Ntuli and Robert Ng'ambi - only to bring them on in the last 45 minutes when they were already 3-0 down.

With his club lacking the budget to buy players‚ De Sa said he would now be targeting 15 points in their last 12 matches just to save the club from relegation.

"We've got to do with what we've have and pick up players that are looking for a job and try put something together that we can put up a fight with.

"We've targeted another two players in this window that should arrive soon.

"Gerald Phiri from Bidvest Wits will come on loan and there are two other players that we are trying to convince to come on loan.

"Hopefully we will get these players and hopefully they will make the difference because right now we do need the assistance‚ there's no doubt about it."

De Sa and his team have to try and remain positive as they face another mammoth task at home on Saturday when they host title-chasing Orlando Pirates.