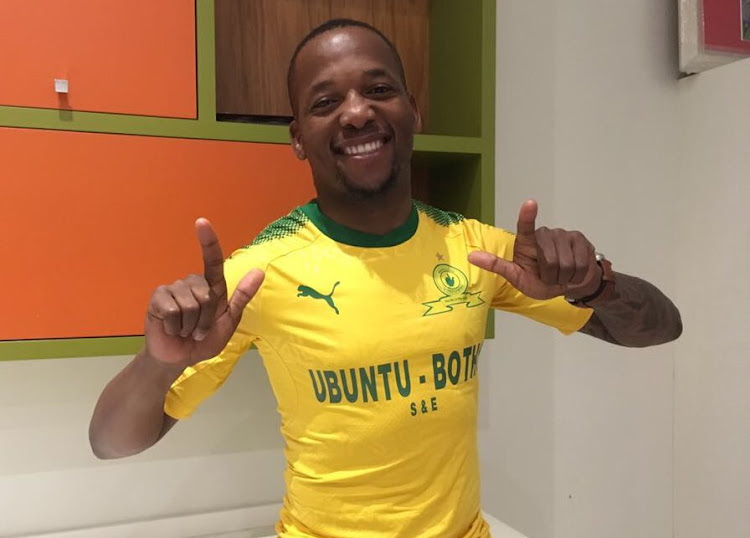 Mamelodi Sundowns winger Aubrey Ngoma is itching to gain the experience of playing in the Caf Champions League with his new club.

With their high ranking as 2016 African champions‚ Sundowns will have a bye in the preliminary round next month and will only enter the fray this year in March.

Downs will meet the winners of the preliminary-round match between Rayon Sports of Rwanda and LLB Academic of Burundi in the first round.

Ngoma‚ who is still recuperating from an injury he sustained at his former club Cape Town City‚ said playing in Africa’s premier club competition was one of the main factors that attracted him to the Brazilians.

“Winning the league has always been my ambition in all the clubs I have played for because playing in the Champions League is every player’s dream‚” Ngoma said.

“It was an inspiration for me to see Sundowns win the Champions League in 2016 and go all the way to the Fifa Club World Cup.

“Hopefully we can repeat that and for me to be part of that venture would be really awesome. I think we have a team that can get the second star.”

Ngoma also touched on his injury and sounded optimistic about being on the field as soon as he’s fully recovered.

“I would say I’m few weeks away from fully healing. I’ve been working on my fitness and I have started taking part in some training sessions‚” he said.

“Once the medical team feels I’m ready‚ then it will be up to the coach (Pitso Mosimane) to field me.”

Breaking into Sundowns’ first team is never easy for any new signing and Ngoma said he is fully aware of that challenge.

“It’s always tough‚” he said. “I found the team on top of the log. It means they have been doing a lot of things right.

“For me to come here and expect to break into the team would be foolish‚ but I’m looking forward to the challenge.

“With all the competitions the team is competing in‚ I’m sure the coach will find a way to give everyone a chance. And once that chance comes‚ I will give it my best to keep my position.”