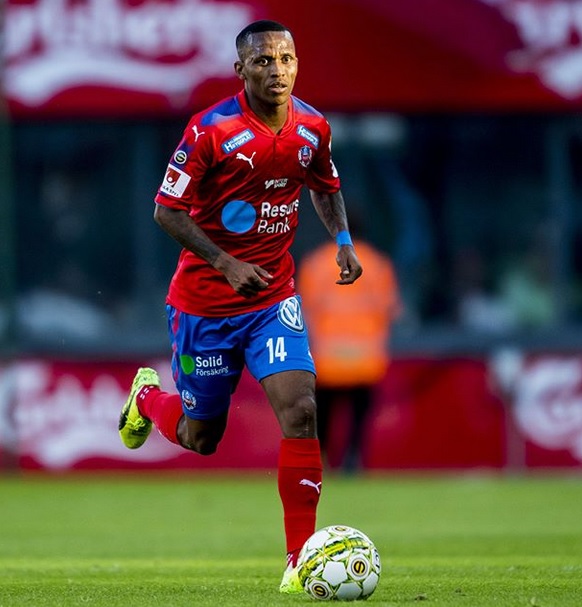 Bradley Ralani‚ unknown in South Africa but with seven years of overseas experience‚ is set to make his Premier Soccer League bow at the age of 30.

The striker has been snapped up by Cape Town City‚ who announced his signing on Wednesday after a month of training with the club.

Ralani has been without a contract since leaving Helsingborg of Sweden at the end of their season in November.

He has spent the last seven years in Scandinavia‚ playing in both Denmark and Sweden.

He went to Landskrona in the second division in Sweden where he spent five seasons‚ playing regularly upfront and contributing goals.

Ralani was signed by Lyngby of Denmark thereafter before going back to Helsingborg in the top flight in Sweden‚ where he was coached by Henrik Larsson‚ the former Swedish international who played at Barcelona and Manchester United.

“Larsson loved him because he is such a skillful player‚” said Farouk Khan‚ who discovered Ralani at his Stars of Africa academy in Johannesburg and sent him overseas.

“He was one of those players who slipped through the net.

"He was at Kaizer Chiefs but they didn’t want him eventually and we sent him to Sweden instead.

"He only came to us at the age of 18 and we needed a while to work on him before he moved on.

“In Kimberley‚ they called him ‘Surprise’ because he was always coming up with something different.

"They say he used to pack out the stadiums there.

"I think he was unlucky not to be noticed earlier.

"Maybe the coaches before felt he was not physically strong enough‚ but he is a quality player‚” added Khan‚ former coach and now TV analyst.

Ralani could make his debut as early as Saturday night when City travel to meet struggling Platinum Stars at the Royal Bafokeng Sports Palace.