Manyisa has brought a good balance to Sundowns‚ says Mosimane 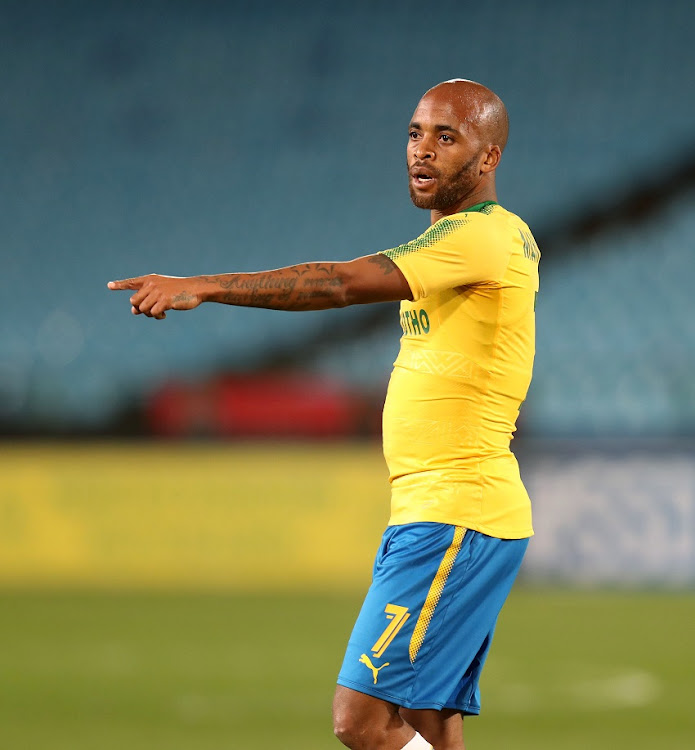 Manyisa has been deployed as a left-sided midfielder - a position the playmaker has occupied at times for previous club Orlando Pirates and Bafana Bafana - as Downs have cruised to big away wins against Orlando Pirates (3-1) and Bidvest Wits (2-0 on Tuesday night).

Against Wits Manyisa performed that role well‚ and his ability to come inside when Sundowns were not in possession and help central players Hlompho Kekana and Tiyani Mabunda snuff out the threat of Xola Mlambo and Thabang Monare was influential in the Brazilians dominating the game.

"I think if Percy Tau was calm he could have scored two goals.

"I think if 'Sbu' [Sibusiso Vilakazi] was assertive in one-on-ones and made decisions - Khama [Billiat] scored a more difficult goal than where Sbu was.

"I think [centreback Soumahoro] Bangaly was my man-of-the-match. He did exceptionally well. Bangaly and Motjeka Madisha dealt very well with all the aerial balls to Amr Gamal.

"And that was it - and if you stop Wits' crosses from the sides‚ that is their strength.

"It was good - almost everybody played well. I think we got our tactics right‚ to be honest.

"And it was important for us to close down Mlambo and Monare with 'KK' [Kekana] and Oupa‚ with Oupa doing a silent‚ dirty job‚ and no-one notices him.

"But very important for us - the organisation in defence‚ and he kept it simple.

"But the main important thing was to close Monare and Mlambo‚ for them not to pass. Because I saw what they did against Kaizer Chiefs here [in Saturday's 1-0 Telkom Knockout win to Wits]‚ passing forward.

"Oupa helps KK and 'Sugar' [Mabunda] a lot. He's humble and he doesn't need accolades or praise to do that. He sacrifices himself for the team.

"He gives us a big balance. Like the Frank Rijkaard's - when they don't play‚ you miss that. But when they play you don't see them. Unbeleivable contribution he does."

Sundowns next meet Chippa United in Port Elizabeth on Saturday.