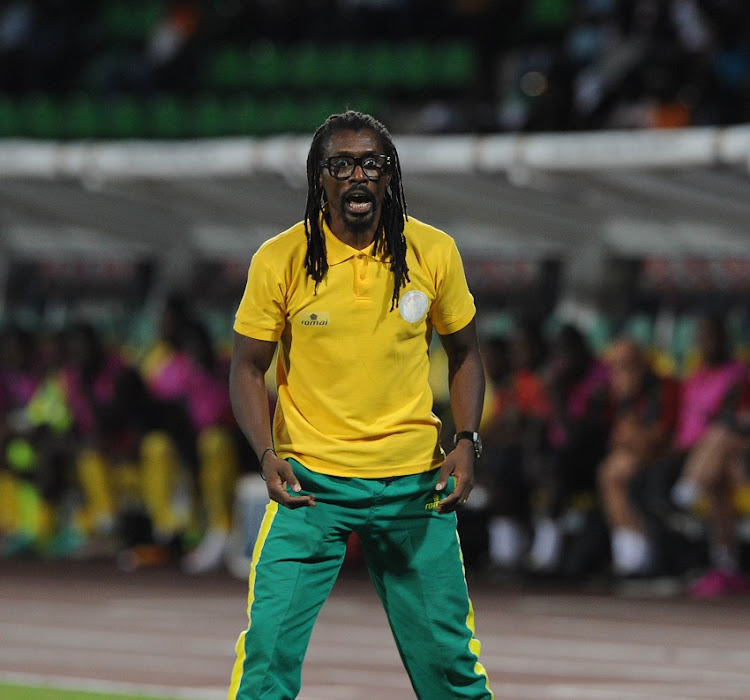 Aliou Cisse, coach of Senegal during the Afcon Quarter Final match between Senegal and Cameroon on the 28 January 2017 at Franceville , Gabon.
Image: Sydney Mahlangu/ BackpagePix

Senegal’s coach Aliou Cisse had a veiled dig at his detractors after success in the last World Cup qualifier against South Africa‚ saying he had forgiven those who have “criticised” or "derided" his work during the preliminaries.

"You know life is like that‚ especially in football‚ but as we say at home‚ ‘I forgive everyone’ and I apologise to all those I had to offend‚" he told a post-match press conference.

The former Paris St Germain defender helped ensure his country a total of 14 points and an unbeaten run through their six Group D matches where they beat both the Cape Verde Islands and South Africa home and away and drew both matches against Burkina Faso.

"The most important thing is to have qualified this team‚ this group of footballers‚ to the World Cup.

"It's a sense of great satisfaction to have achieved the qualification and to have won this match.

"I salute this generation which‚ 15 years later‚ has allowed Senegal to go again to the World Cup.

"We have had some difficult times‚ but most importantly‚ we have managed to overcome them and keep moving forward."

Cisse was the captain of the 2002 team that became only the second African team ever to reach the World Cup quarterfinals.

Several of his teammates from that squad‚ like goalkeeper Tony Sylva and fullback Ferdinand Coulibaly‚ are now part of his technical staff.

Cisse also made mention of the sell out crowd at the Stade Leopold Senghor who came to watch the game.

"We had fun tonight when we saw this stadium filled and its supporters all won over to the Lions cause.

"This is a milestone and we will continue to work to advance and go further with this squad‚” the coach added.