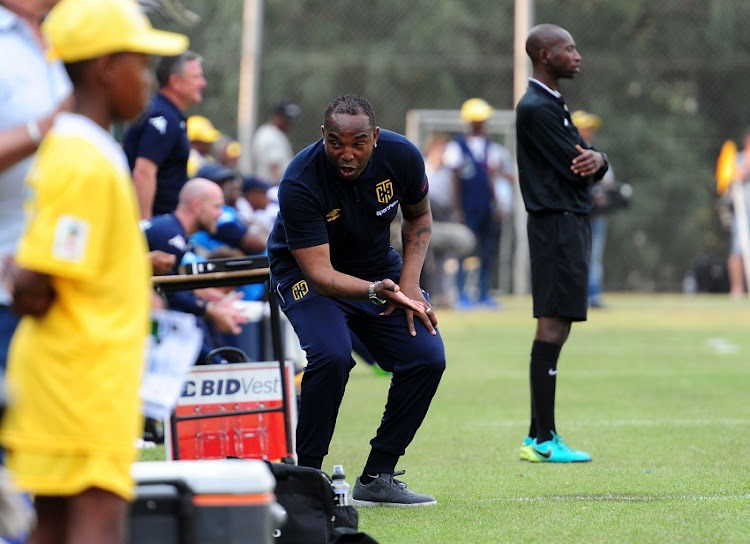 Benni McCarthy has found himself in trouble with the PSL for his outburst at referee Phillip Tinyani following Cape Town City's 2-1 loss to Chippa United.

A frustrated McCarthy lashed out at Tinyani after Chippa came from behind to snatch all three points in their league match at the Sisa Dukashe Stadium on October 22.

When asked about the performance of the referee in the post-match interview with SuperSport TV, McCarthy replied: "Don't ask me about that cow!"

For his utterances, the PSL charged McCarthy with contravening rule 54.3.6 of the NSL Handbook.

After the match, the former Blackburn Rovers and Orlando Pirates striker gave his players the hairdryer treatment. He commented that they needed a "slap or two" after relinquishing their lead.

"As a coach, you have to be more responsible but I think some of our senior players need a wake-up call. They deserve a slap or two," he said.

Earlier in the season, McCarthy was reeled in by City owner John Comitis, who told Sowetan that the rookie coach needed to watch his temper after he was caught uttering profanities on the touchline.

The PSL hearing will take place next Tuesday.