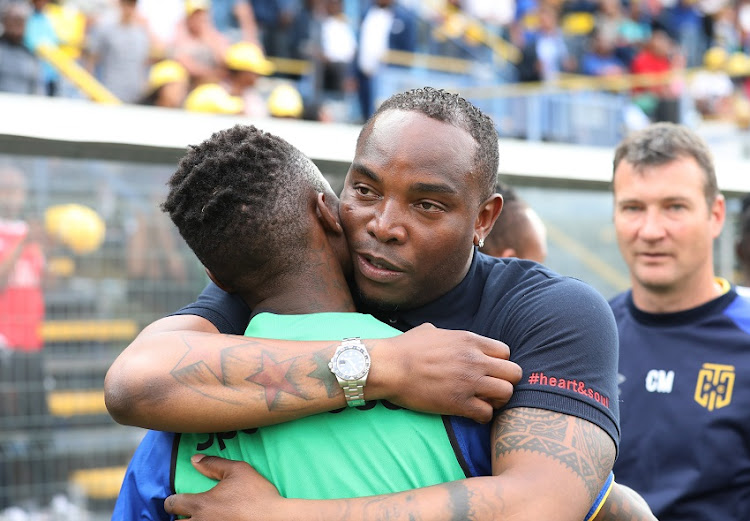 Benni McCarthy was full of praise for the contribution of Teko Modise in this week’s victory over Free State Stars and hopes this will be a fresh beginning for the veteran Cape Town City midfielder‚ who has endured a stop-start season with injuries.

Modise was a stand-out player in City’s 1-0 Absa Premiership win on Wednesday night as his crisp and accurate passing on a woeful Athlone Stadium pitch underlined his quality.

City coach McCarthy hinted his side had not seen the best of Modise up until now.

“I was pleased to see Teko now taking a massive‚ commanding role … he was instrumental with his passing‚” McCarthy said.

“Even if the pitch made us look average-ish because it was so bumpy‚ he was excellent in the way he controlled the game.”

McCarthy also had praise for right-back Thamsanqa Mkhize‚ who has been among the most improved players in the PSL this season‚ even from having a solid campaign in 2016-17.

“Mkhize‚ who was named captain‚ I thought he was unbelievable. He controlled that right-back side very well‚” City’s coach said.

One worry for City is the fitness of Nigerian forward Victor Obinna‚ who potentially faces a lengthy spell on the sidelines after being stretchered off in the first half against Stars.

“It’s a hamstring‚ it’s frustrating when you see someone work so hard and put in massive effort to be there. Then something silly where he sprinted off and felt it [the hamstring]‚ then felt it again later‚” McCarthy said.

“He will have a scan and then we will assess the problem. I am hoping that it is just age and not anything serious!”

Third-placed City are next in action at home to top-of-the-table Baroka FC on November 22.