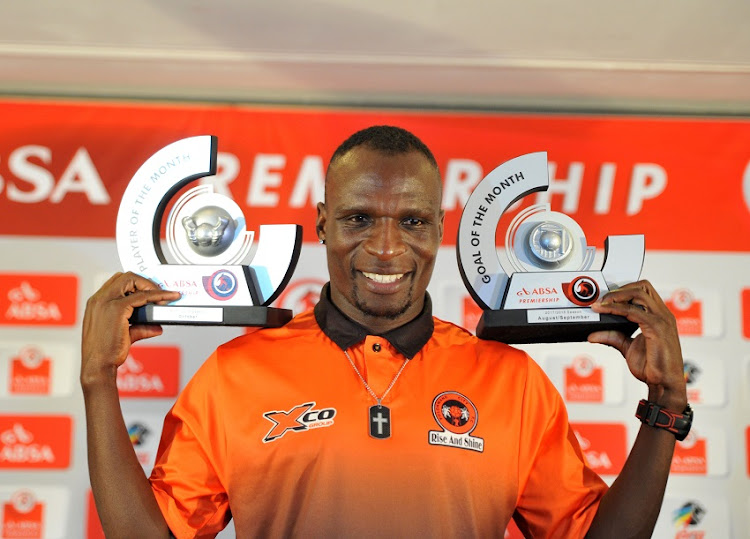 “My time will come‚” said Polokwane City’s Premier Soccer League player of the month for October Rodney Ramagalela in response to having been overlooked for Bafana Bafana’s crunch World Cup qualifier against Senegal.

The stocky little striker said he will be at Peter Mokaba Stadium on Friday evening to watch Bafana in their must-win 2018 World Cup qualifier.

“For me it’s a motivation in itself‚” the former SA Under-23 international said of Bafana coach Stuart Baxter’s decision to overlook the PSL’s top scorer with six goals.

“I have to work harder than I have been. I don’t have control over that [being selected]. The only thing is to wait and see the outcome.

“As long as I keep working hard‚ then I’ll wait‚ just like you guys‚ to see if I’ll be selected.

“But at the end of the day we are all South Africans so we should support our national team.

“So‚ for the coach‚ I think we should give him time to do his job‚ and not chose players for him who he should bring into the team. And that will help us as South Africans to go forward.

“As for me‚ I will keep supporting Bafana Bafana‚ and I will go to the stadium tomorrow to watch the game.

“And I believe my chance will come.”

Asked if Bafana can pull off a mission impossible and beat Senegal twice – in Polokwane‚ and the return game in Dakar on Tuesday night – Ramagalela said: “I have belief in the players who are in the team that they will do the job for the country.”