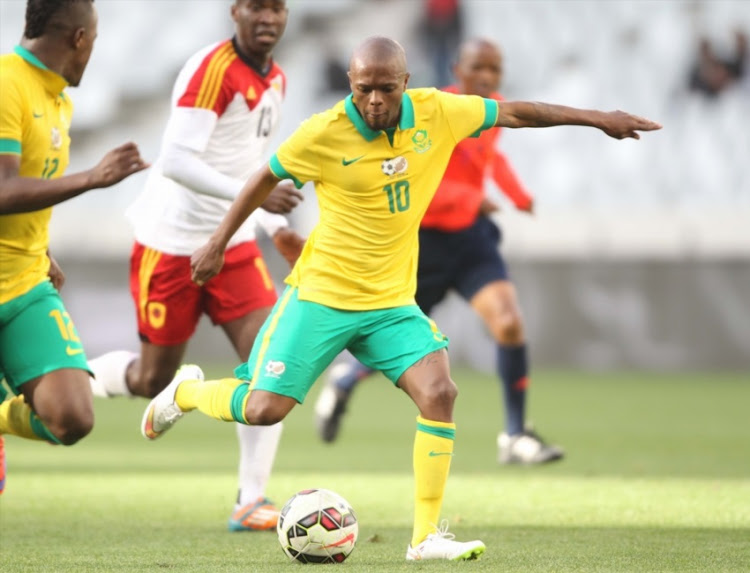 Former Bafana Bafana players have slammed Thulani Serero for snubbing the national team ahead of their crucial World Cup qualifiers against Senegal.

Bafana coach Stuart Baxter disclosed at the team's camp in Polokwane yesterday that Serero, of Holland club Vitesse, had turned down a call-up because he sought a "guarantee" that he would play.

The 27-year-old was an unused substitute in Bafana's last three World Cup qualifiers, and it seems his failure to get action has angered him. But his decision to snub the camp - from where SA need six points against Senegal on Friday and next Tuesday - has not won him any friends, with fans and former players alike criticising him for apparent lack of patriotism.

"I think the boy has been poisoned. He's good but he's advised by wrong people," said ex-Bafana midfielder Linda Buthelezi. "This is not the first time we see players refusing to play for Bafana, so we should not act surprised. It may also be that the player doesn't get on well with the coach [Baxter]."

Buthelezi's fellow 1996 Africa Cup of Nations winning teammate Phil Masinga branded Serero "unprofessional". "He must understand that this is the national team where there are many players competing in his position," said Masinga.

"There can't be guarantees to play. He must compete for his place and show patriotism. In the national team you have to be patient because the country has many players."

Baxter, meanwhile, said the trend about players picking and choosing which games to show up for was becoming the norm.

"I think the honour is about being called into the squad and then it's up to you to show that you are the best man for the job against the opponent.

"When people see the honour as being actually playing and not being in the squad, that's a problem because that's the ego talking.

"That's not good. Because this is a national team and you can't guarantee people places."

Safa spokesman Dominic Chimhavi said the football federation has requested Serero to state the reasons for his no-show in writing.

"We cannot act until we receive a written response from the player," Chimhavi told Sowetan.

But Safa similarly did nothing when Tokelo Rantie decided not to show up for camp last year, after having initially promised it would act.

Rantie is not in the current camp after he, like Serero, asked Safa to be left out because he had been dropped for Bafana's match against Burkina Faso last month.

Chimhavi referred further queries to Safa chief executive Dennis Mumble, who had not returned Sowetan's calls at the time of going to print.

Neither Serero nor his representatives could be reached.

The Serero saga added further turmoil at the Bafana base in Polokwane, after Baxhad complained about the absence of other overseas-based players who could not make it on time after their flights were cancelled or delayed. Andile Jali, Dino Ndlovu and Keagan Dolly only trained with the team for the first time yesterday, while Lebo Manyama will join the session today.

Meanwhile, Hlompho Kekana was also released from camp yesterday for a family bereavement.