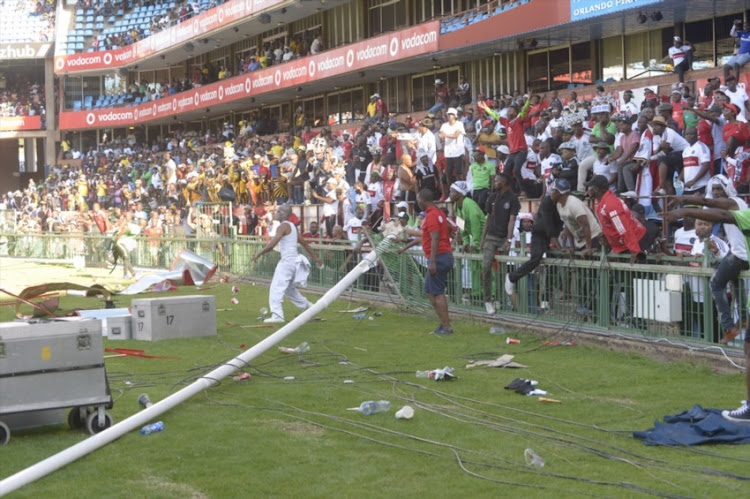 The Premier Soccer League’s prosecutor Nande Becker has said that the disciplinary committee (DC) hearing into the Loftus Versfeld pitch invasion should make a finding “available this week”.

The disciplinary process into the pitch invasion and violent consequent scenes has dragged on for eight-and-a-half months now since the 6-0 Absa Premiership thrashing by Mamelodi Sundowns against Orlando Pirates on February 11.

The case has sat and been argued‚ SowetanLIVE is informed.

Becker‚ while he could not be reached by phone as he was “busy in consultations”‚ said via SMS on Wednesday that an outcome might be out this week.

Becker texted: “I was told by the chairman of the DC that the finding should be made available this week. We are still waiting.”

There were punch-ups on the field‚ resulting in the intervention of an SA Police armoured car and teargas being fired‚ and damage to property‚ including cables and equipment of TV stations SuperSport and the SABC.

Becker had told TimesLIVE in early July that he hoped to hold a hearing “in about two weeks”.

The complex nature of the case‚ the onus on who was at fault given it was a Sundowns home game and Pirates’ fans were the initial transgressors‚ and the need to set a precedent that could change PSL security‚ had caused the case to drag out‚ Becker had said.