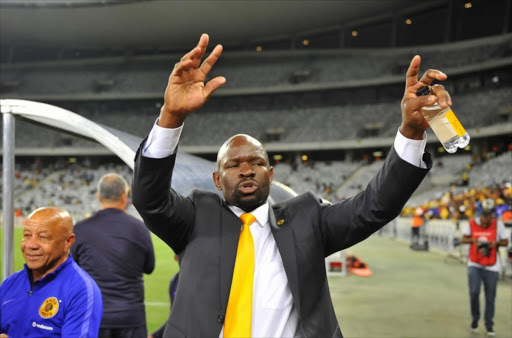 Kaizer Chiefs coach Steve Komphela has hinted that a striker will complete his team for the new season.

Komphela said at the weekend that he's searching for a player who can help Gustavo Paez and Bernard Parker up front. Amakhosi had the fifth best attack in the league last season having scored 39 goals in 30 matches.

Amakhosi also have some young strikers in Ryan Moon, 20, Emmanuel Letlotlo, 21, and the incoming Itumeleng Shopane, 20.

This is after Chiefs let go of four strikers in recent months - Siphelele Mthembu, Camaldine Abraw and Lewis Macha, while Michelle Katsvairo is set for a loan spell.

They appear to be covered in other positions such as in defence with the arrival of left-back Philani Zulu - who can also play on the wing - and Zimbabwean international Teenage Hadebe.

Hadebe and Zulu featured for Chiefs in their victorious campaign in the Maize Cup at James Motlatsi Stadium on Saturday when they beat Township Rollers 2-0 in the semifinals and Free State Stars 1-0 in the final .

Other new players who had a run include wingers Bhongolethu Jayiya, Kgotso Malope and midfielder Wiseman Meyiwa. Shopane, too, starred for Chiefs in the final.

"We hope we will get the right player, because sometimes you go out and buy the wrong player and waste money and time. That would also waste progress in terms of the final piece of our game," Komphela stated.

Chiefs, however, are not simply going to pay for players in order for people to see they are active in the transfer market. "There has to be some sort of rationale in whatever activities," he said.

The 50-year-old gave the thumbs up to the likes of Daveyton-born Malope, 23, who was on loan and helped Thanda Royal Zulu win promotion.

"I'm happy for Malope, he's one of us. These kids are coming, but you need to be brave to play them in a big environment. Sometimes bravery borders around stupidity, because if you do it and you turn to be stupid, it hits back at you."