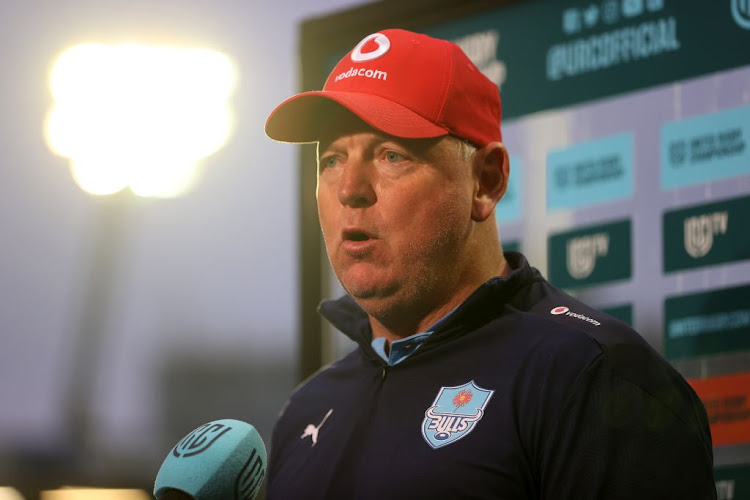 As the United Rugby Championship gains momentum, Bulls coach Jake White says their destiny is in their own hands to make it to the knockout stages.

The Bulls have recorded two successive victories against the Lions over the past two weekends to improve their position on the log standings after a poor start to the tournament.

The Bulls beat the Lions 21-13 at Loftus on Saturday through tries from Marcel Coetzee, Johan Grobbelaar and Kurt-Lee Arendse, while their visitors registered their only touch down from the effort of Ruben Schoeman.

“I said to the players that I am never going to get arrogant. Getting nine points from the Lions in two weeks is good considering where we were a few weeks ago,” said White after the match.

“You remember two weeks ago when we were coming into the change room, we had to find a way to jump up the log. We mustn’t get ahead of ourselves because we had enough chances and we didn’t score.

“Canan Moodie in the end there kicked the ball out. But shame, he is only a 19-year-old guy and when I asked him 'Why did you kick it out?' he said: 'I felt like I was being isolated’.”

Lions coach Ivan van Rooyen said they lost because they did not take care of small but important moments.

“There are a couple of players who are very young and inexperienced in this team and they will continue learning. The other thing is about the small moments and sticking to the system.

“I spoke to Jake White after the match and I said to him that for the first 10 to 20 minutes of the game we put pressure on them. That says a lot about the group; if we managed anther two penalties the pressure could have been more on them.”

Stormers too powerful for off-colour Sharks at Cape Town Stadium

It took a while for the Stormers to get going but when they did they bossed the Sharks in their United Rugby Championship (URC) clash at Cape Town ...
Sport
6 months ago

John Dobson backs embattled Sazi Sandi: 'It was a tough afternoon for him'

Although the Stormers left Durban having secured a moral victory in their drawn match against the Sharks last weekend, they didn't fly home amid ...
Sport
6 months ago

Skinstad: 'Ox Nché will be the fulcrum of the Sharks and Boks scrum for years to come'

Lions defence coach Jaque Fourie is not prepared to defend the indefensible.
Sport
6 months ago
Next Article