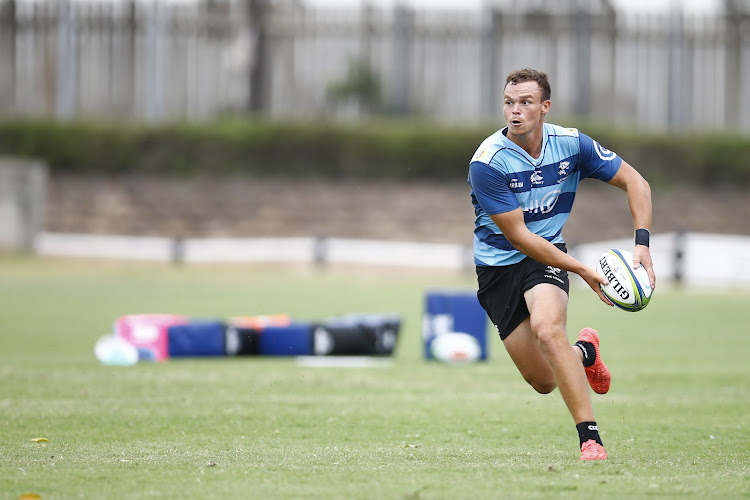 At one stage‚ Curwin Bosch looked like he was going to leave the Sharks as Robert du Preez junior had the monopoly on the No.10 jersey while his father‚ Robert du Preez senior‚ had myriad reasons not to pick Bosch at 10.
Image: Steve Haag/Gallo Images

That was more than six months ago and the rugby landscape couldn’t be more different right now.

Firstly‚ the Bulls have a different coach from the last time the sides met on January 31.

In that 23-15 success for the Sharks at King’s Park‚ the Bulls were coached by Pote Human.

He’s gone‚ and so are a number of players. Manie Libbok is one of them and he moved down the N3 to join the Sharks as Jake White has swept with a new broom.

Bosch understands the rugby slate is now clean and teams will have to start from zero when the sides meet at Loftus Versfeld on Saturday.

“For me to get back to my form‚ I’m going to have to back to my basics again.

"This weekend is going to be a perfect opportunity to sharpen up on those basics and things we’ve been working on in the past few weeks.”

The different look of the Bulls and the unknown quantity they are under their new director of rugby means the Sharks have to brace themselves for a different challenge as compared to the side they saw off in January.

They’ll still have to meet twice in the domestic competition‚ which is what Bosch’s focus is on.

“We see this game as preparation for the competition that’s coming‚ so we haven’t had that much of an in-depth look at the Bulls‚” Bosch said.

“If you look at White’s signings‚ you can expect a physical game on Saturday. They’ve got a massive pack of forwards and some good backs.

"I think the Bulls will want a number of set-pieces to play from. They’ll try to slow us down and we’ll try to speed things up.”

At one stage‚ Bosch looked like he was going to leave the Sharks as Robert du Preez junior had the monopoly on the No.10 jersey while his father‚ Robert du Preez senior‚ had myriad reasons not to pick Bosch at 10.

Bosch has committed for another three years at the Sharks and it wasn’t hard for him to do so.

“It was an easy decision for me to stay here. We’ve become a special team in the last year we’ve been together and I’m looking forward to what the future holds for us here‚” he said.

“We’ve got a few young guys in the squad and most of us here are generally young.

"I’m looking forward to the next three seasons at the Sharks‚ but the decision to stay was easy.”