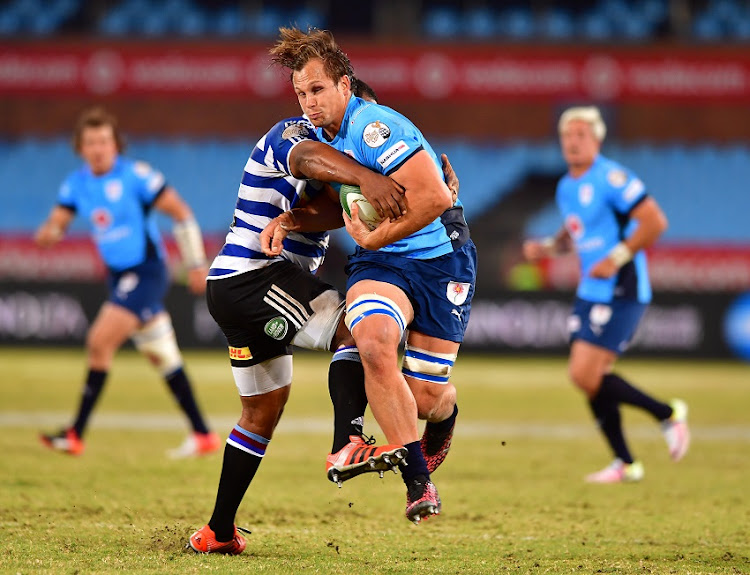 Springbok and Bulls loose-forward Arno Botha is accustomed to not playing for six-month periods.

Rugby‚ on the other hand‚ is not. The sport in SA returns on the field when the four Super Rugby franchises face off on Saturday in the Super Fan Saturday event at Loftus Versfeld‚ which will be SA Rugby’s first on-field event since March after the Covid-19 and lockdown hiatus.

Botha‚ who grew up in the Bulls system before moving around Europe‚ is accustomed to long spells out of the game because of injury. His knees have often been a problem‚ but his past experiences have informed his ability to wait.

“Three times in my life‚ I’ve been in a position where I didn’t play rugby for six months or more‚” Botha said.

“The challenge is to keep fit and look at where you see yourself and where you want to be. If you don’t have vision‚ or goals‚ you’re not going to train or stay fit. If you have those‚ you will.

“It took us two to three weeks to get into some sort of shape and do some contact. It’s not like I feel any different from the time I played my last game with Munster in March‚ but I’ll see how I feel come Saturday.

“I hope I don’t feel like how I felt in today’s training session in the first five minutes.”

Botha‚ whose two-capped start to his Springbok career in 2013 was curtailed by a serious injury‚ has been named in the 93-man national squad for next week’s Springbok showdown at Newlands.

Botha has been playing well enough in Europe to turn heads‚ but the South Africa loose-forward’s stocks haven’t always quite allowed him to make a clean break.

“It’s a massive honour for me and I’ll never take it for granted. It’s not something that I focus on each day‚ even though it’s at the back of my mind. We’ll see how it pans out that Saturday‚ even though I don’t know when the final thing is‚” he said.

“It’s not just going to happen for itself. It’s going to require a lot of effort and work.

“I do think it’s a very good idea to get guys back in the game. It’s very exciting‚ that I can tell you and it motivates me to work harder.”

In the time that Botha left the Bulls‚ they’ve gone through multiple coaches and changes to playing styles. His activity with Munster meant he didn’t have time to keep an eye on the Bulls‚ but he seems to like what he sees under new director of rugby Jake White.

“Working under Jake is good and he’s got a good mentality. I haven’t played here in a while‚ so I don’t know how the Bulls have played in any case. I’m pretty sure it’s going to be good rugby‚” Botha said.