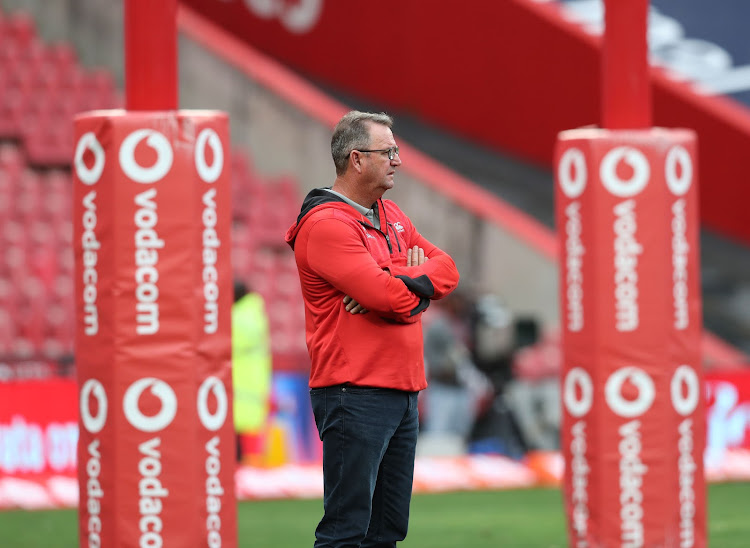 Former Lions coach Swys de Bruin believes the team has been using the Springboks’ defence system to their own detriment.

De Bruin‚ who was also the Bok attack coach in 2018 and 2019‚ acknowledges that the rush defence has proved hugely successful for the Springboks in their ascent to Rugby World Cup glory but that the Lions don’t have the same personnel to enforce the system with similar efficiency‚ or indeed devastation.

“They are a little trapped in Jacques Nienaber’s defence system. Should they use rush defence‚ or not? At crucial times a player will be out of alignment‚” noted De Bruin.

Nienaber‚ the new Springbok coach‚ brought strong credentials as a defence coach to the job and has preached his doctrine at the respective Super Rugby franchises. De Bruin is sceptical‚ however‚ that the system can be applied on a one size fits all basis.

“Definitely not‚" he said.

"As much as I rate Jacques as the best defence coach in the world I believe that your team profile has to match your defence system. If you look at the Bok backline a lot of them play at the Sharks including (Curwin) Bosch and (Louis) Schreuder who trained with us (at the Boks).

“If you have the right guys the rush defence is untouchable. Everybody has to buy in. That’s where the problems come in. The Lions concede too many penalties because they get desperate.”

He said the Lions‚ who were Super Rugby finalists between 2016 and 2018‚ have slipped back after losing key personnel and their coaching staff still needs to develop.

"Without a Kwagga (Smith) and a Malcolm (Marx‚ who both played in Japan)‚ you take 60 percent away from the forwards. They don’t get the amount of go-forward ball they should. The scrums and line-outs aren’t where it is supposed to be‚” insisted De Bruin.

He was also unconvinced about the Lions’ amended recruitment policy this season. They opted to bring players like Jannie du Plessis‚ Willem Alberts and Jaco Kriel back from Europe.

“The older player you bring back from Europe works in certain instances.

"It worked for Schalk (Brits) in the case of the Springboks. I agree with Francois Louw who said not every player that comes back is going to save a team here.

He believes with Super Rugby suspended for the foreseeable future‚ it is an opportunity for the Lions and the Bulls‚ who occupy the last two spots in the South African conference‚ to take some remedial action.

“They can to pull themselves right. They can take stock‚” said De Bruin. “I believe they will improve and come back from the break better for it.”

As for the Kings‚ who he has helped as an attack consultant this season‚ De Bruin contends they are in need of outside help.

“It will take a concerted effort from SA Rugby and the Kings to turn things around. They simply don’t have the players. They can’t get quality players. The ones they want they can’t afford.”

De Bruin who has emerged as a popular television pundit‚ turned 60 in February. He has been stepping back from what he terms ‘coal face coaching’. He has started coaching coaches and says he will take up consultancy positions.

“I am not closing the door on coaching teams completely‚” he quickly added.