Two heads are better than one at the Sharks 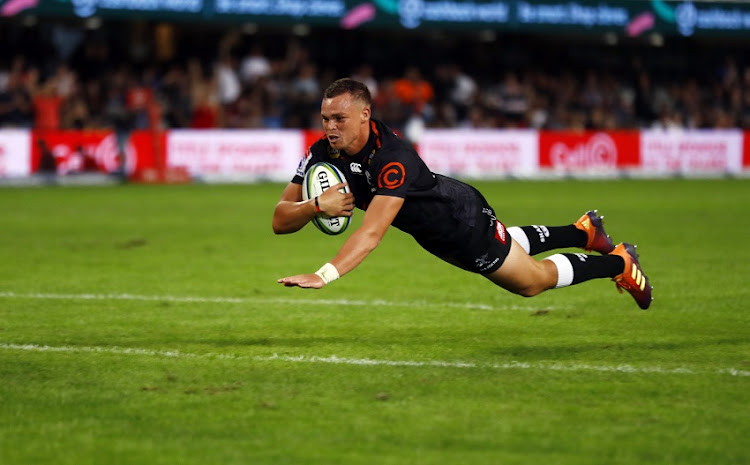 In what will be another short Currie Cup‚ it's clear at the Sharks that two heads are better than one from a captaincy perspective.

This is where no.8 Lubabalo “Tera” Mthembu and centre Jeremy Ward fit in as co-captains this season.

Both of them will start Friday's Currie Cup opener against the Griquas at King's Park on Friday.

Everitt said the co-captain idea‚ one that's popular in New Zealand‚ is one that'll work for the Sharks.

“The theme for the campaign is to use the word growth.

"We spoke about growing the squad‚ the individuals‚ bringing youngsters through and this was a perfect opportunity in terms of developing Jeremy‚ who's shown outstanding leadership qualities and taking pressure of Tera‚ who's led before.

"I thought it would be good for Jeremy to have someone to lean on‚” Everitt said.

“It's more about wanting to grow leadership in the playing group than having an experienced leader going into the campaign.”

Also in the Sharks match-day 23 is former Springbok wing JP Pietersen‚ who's returned from French powerhouse club Toulon to lend experience to a starting line-up that also has Coenie Oosthuizen‚ Curwin Bosch and Lwazi Mvovo.

Pietersen's experience is something that Everitt is very happy with.

“We're all well aware of where JP's been in terms of Toulon in France. He's come back in really good shape and in the past‚ JP's been criticised for being out of condition‚ especially his stints in Japan.

"He's come back a better person now and he's been a revelation in training‚” Everitt said.

Then there's scrumhalf Sanele Nohamba and loose-forward Phendulani “Phepsi” Buthelezi‚ who were part of the Sharks' title winning Under-19 team last year.

The duo also featured for the Junior Springboks in last month's World Rugby Under-20 Championship.

Everitt is keen to see what these two youngsters will bring to the Currie Cup table‚ but they've also got the requisite experience to make their landings a bit softer.

“He plan is bring youngsters through like Sanele Nohamba and Phendulani Buthelezi.

"Having a strong tight-five certainly helps in terms of bringing the youngsters through so that they're not under pressure at the set-piece‚ especially in the no8 and scrumhalf jerseys‚” Everitt said.

“Even though some players may have Super Rugby experience‚ a guy like Rubin van Heerden is a young lock‚ Hyron Andrews is also young and Kerron van Vuuren will be looking to make his mark.”