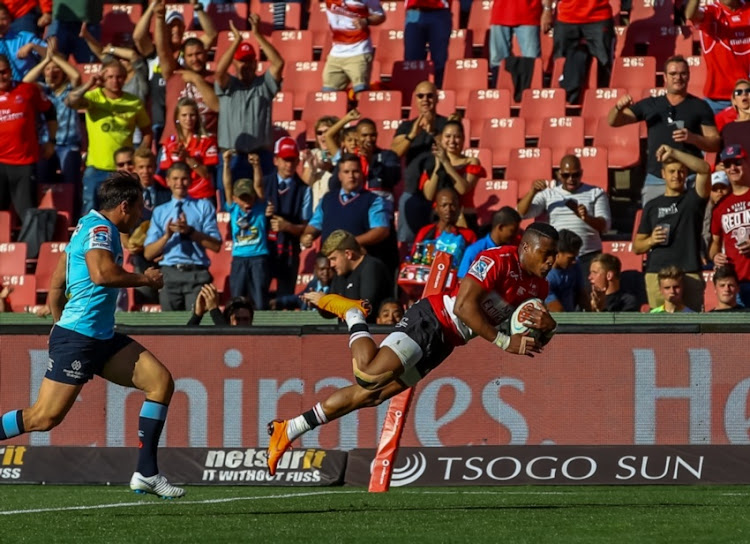 The Lions will take on defending champions Crusaders in Super Rugby final at the AMI Stadium in Christchurch on Saturday after they convincingly beat the Waratahs 44-26 on Saturday afternoon.

In what will the repeat of last season’s final which was won the by Crusaders in Johannesburg, the Lions will have to dig deep on what is expected to be hostile territory and against a team that has not lost a home knockout game in this competition.

The Lions, who will be appearing in their third successive Super Ruby final, showed character by coming back from 14-0 down after eleven minutes with Kwagga Smith and Malcolm Marx impressing with two tries each.

Other tries for the home side were scored by ever improving Springboks winger Aphiwe Dyantyi, who is going to be vital against the Crusaders team that is brimming with All Blacks talent, and substitute Courtnall Skosan.

Lions conceded two quick tries by Ned Hanigan and Israel Folau as their defence was caught napping in the opening eleven minutes.

The Lions found their footing and they were dully rewarded in the 21st minute through Kwagga Smith’s try that was shortly followed by Dyantyi’s individual brilliance who started the move from inside his own half to touch down after 25 minutes.

In the 32nd minute, Lions were denied the opportunity to take the lead for the first time New Zealand referee Glen Jackson ruled out Franco Mostert’s try after consultation with the TMO.

There was something to cheer about for the Lions three minutes later as they launched a powerful maul towards the Waratahs’ try line and Marx touched down as the home side took the lead for the first time.

Their lead was short lived as Waratahs recovered shortly after conceding to score their third try of the afternoon through Tom Robertson as they headed to the half time break level on 19-19.

Lions increased their lead through the penalty of Jantjies shortly after restart and they pulled further away minutes later when Marx registered his second of the afternoon shortly after Damian Fitzpatrick was shown a yellow card by Jackson.

Lions scored the insurance try through Smith’s second of the day before Jake Gordon got the consolation late in the game but Courtnall Skosan put matters beyond doubt in the closing stages.