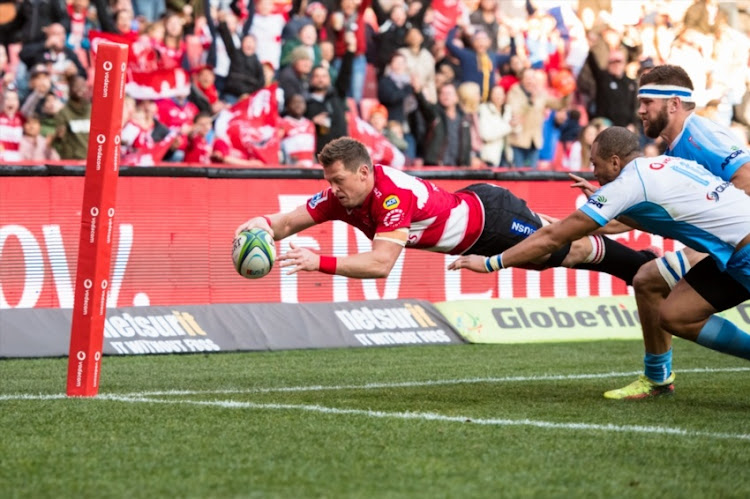 The Lions had more than just a win and conference honours on their mind when they ran out against the Bulls on Saturday.

One of their’ objectives this season was to score more tries than any other team in the league stages of Super Rugby, and by the time they kicked off in their final match before the knock out stages they trailed the log leading Crusaders by six, five pointers.

They scored six, but more importantly they did enough to top the South African conference and thus earn hosting right for next week’s quarter-finals against the Jaguares. Pre-match talk centred around the Lions finding consistency, and with it perhaps another gear to help sustain their challenge as they go into the knock-out stages.

Game management is going to be an area in which they need to improve. They didn’t make their dominance stick against the Sharks two weeks ago and against the Bulls all their huffing and puffing failed to draw commensurate conclusions.

They searched for a killer blow in this game as the third quarter drew a stalemate with the Bulls hanging on grimly in the face of sustained Lions’ pressure.

A belatedly penalty try proved a pressure release for the hosts before Ruan Combrinck’s second try put the matter beyond doubt with 14 minutes left.

At the start though the match had a basketball feel about it with play shifting from end to end.

The Bulls with straight runners onto short passes made headway but they equally excelled in the wide open spaces.

Their opening score came from a long range individualistic effort from flyhalf Manie Libbok but he was aided by Elton Jantjies’ feeble attempt at a tackle.

The Bulls cut the Lions’ defence to shreds in the opening quarter. Libbok, centres Warrick Gelant and Jesse Kriel weren’t so much a handful, as habitual evaders of the Lions’ grasp in the early stages.

The Lions needed to restore the continuity and rhythm to their play that made them a force in the first half of the season.

Gradually their forwards took control and by employing a narrow channel of attack through their bruisers upfront, they had the Bulls back pedalling.

Flank Cyle Brink bashed into and over Bulls defenders, hooker Malcolm Marx did much the same, while lock Franco Mostert’s leg driving thrusts are integral to their operating manual.

Brink is underrated and the Lions will do well to retain his services for next season.

The hosts’ maul, an oft used tool of destruction was set in motion in the 18th minute with immediate success. They didn’t score directly from it, but by the time the ball reached Ruan Combrinck on the opposite wing, a try was inevitable.

The Lions enjoyed a period of dominance but struggled to make advances on the scoreboard.

Their cause was hardly aided by referee Marius van der Westhuizen, who was inexplicably failed to escalate his censure of law flouting Bulls. It bordered dereliction of duty.

By the break the penalty count was 10-1 in the Lions’ favour with most of those offences committed inside the Bulls 22.

Marx eventually barged over to level the scores and only afterwards did Van der Westhuizen reach into his pocket to adequately punish a Bull. Prop Pierre Schoeman saw yellow in the 35th minute.

And while we’re on the topic of officiating, the start-stop nature of matches is doing little to promote Super Rugby as a spectacle.

During one break yesterday the Village People’s YMCA almost played in its entirety before the television match official arrived at a satisfactory conclusion.

That the Lions were only seven points to the good at the break was only partly due to Van der Westhuizen’s laissez-faire handling of affairs. There were times that the Lions’ imprecision in the pass let them down.