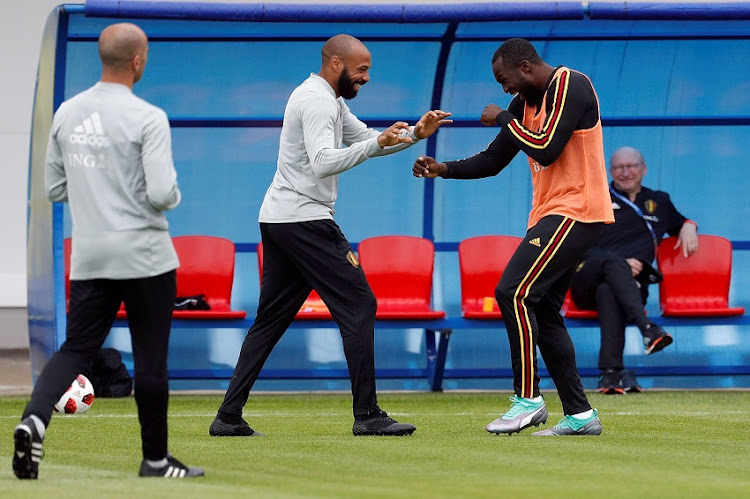 There is likely to be an explosive World Cup semifinal on Tuesday when France take on Belgium in a battle between two sides who know each other well‚ many from England’s Premier League.

France say they are ready for war‚ while there is also a stunning statistic to show why you must watch tonight’s game right to the end‚ as well as news from Croatia and England.

France tackle Belgium in their World Cup semifinal tonight and fullback Benjamin Pavard‚ one of the surprise stars of the competition so far‚ says his side are “ready to go to war” to book a place in the decider on Sunday.

"We're not scared of anyone. We've been confident from the start and we're not asking any questions of ourselves‚” Pavard told reporters‚ before adding praise for coach Didier Deschamps.

"He motivates the troops with strong words. We're ready to go to war with him."

With former France World Cup winner Thierry Henry an assistant coach with Belgium‚ there has been plenty of personal feelings ahead of this game‚ which promises to be an electric contest given the wealth of attacking talent in both sides.

France striker Olivier Giroud has come out in support of his national teammate Hugo Loris in the battle of the goalkeepers with Belgium’s number one Thibault Courtois‚ who is also his clubmate at Chelsea.

"They're both very good on their line‚ but Hugo is more explosive‚" Giroud said. "The best is Hugo. Sorry‚ Thibaut."

Proof that you need to watch games right to the end in this World Cup comes with the news that 23 goals have so far been scored after the 90th minute of matches (not including extra-time)!

That makes up a total of 15 percent of all goals scored in the competition and is easily the highest of any World Cup played.

In fact‚ it is almost double the percentage we saw in Brazil four years ago.

Fourteen of those goals have either been winners‚ or goals to level the scores‚ while 10 of them have been penalties.

The next most busy scoring period is between 50 and 55 minutes‚ when 13 goals have been scored.

KEEP ON DOING WHAT YOU DO

Former Germany national team star and coach Jurgen Klinsmann hopes England will win the World Cup in Russia and says they must just keep on with what they have been doing well in the tournament so far ahead of Wednesday’s semifinal with Croatia.

“Gareth Southgate might tweak some things tactically‚ but I don't think that will prove to be that important in deciding the outcome‚” Klinsmann said in a column for the BBC.

“What will be important is the energy your players can bring‚ and their belief they can get to the final.

“Mentally‚ I think you are ready‚ whatever happens. England have not gone behind in a game that matters in this tournament but‚ if it happens on Wednesday‚ you have the resilience to deal with it.

“The England players will not panic‚ they have proved that. I want to see you go for it‚ and seize this opportunity. If you do go on to win the tournament - and I hope you do - it would have an indescribable effect.”

Klinsmann was a World Cup winner with West Germany in 1990.

Perhaps it was inevitable given where it is taking place that the World Cup in Russia would turn political and so it proved after Croatia sacked assistant coach Ognjen Vukojevic just days before their semifinal with England.

Vukojevic was found guilty‚ along with defender Domagoj Vida‚ of saying “Glory to Ukraine” in a video posted on social media after Croatia beat Russia in their quarterfinal clash on Saturday.

Both have played for Ukraine’s Dinamo Kiev club and fans in that country have bombarded the FIFA Facebook page with over 158‚000 comments‚ most of which use the same “Glory to Ukraine” slogan.

Added to that‚ the page had over 157‚000 review from users giving it the lowest one-star rating.

Relations between Ukraine and Russia remain tense after the latter’s 2014 annexation of Ukraine's Crimea region and its backing for a separatist rebellion in eastern Ukraine.

The dark side of sports events has been thrown into light by a campaign in the UK against domestic violence.

Although not a problem for England alone‚ research showing domestic violence figures from England’s games in the 2002‚ 2006 and 2010 World Cups found that incidents dramatically rose by 38 percent when the team lost.

And the increase was 26 percent when England won or drew.

These are compared to figures when there were no England games and shows a dramatic spike‚ most likely linked to alcohol consumption and the emotions‚ good and bad‚ that sport brings out in individuals.

The National Centre for Domestic Violence (NCDV) in England has released a campaign with the attached image‚ along with the line "If England gets beaten‚ so will she"‚ as a shock tactic during the World Cup and there are fears it may be especially relevant on Wednesday when the national side take on Croatia.