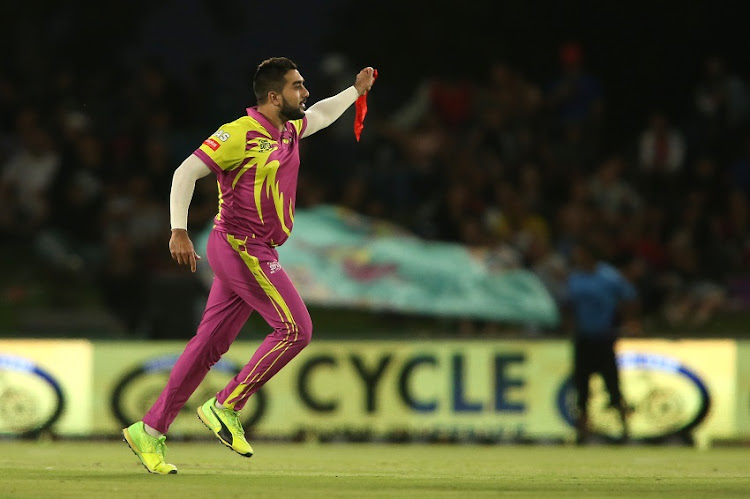 Tabraiz Shamsi of the Paarl Rocks celebrates with a magic trick for getting Wihan Lubbe of the Durban Heat wicket during the Mzansi Super League match between Paarl Rocks and Durban Heat at Eurolux Boland Park on December 04, 2019 in Paarl, South Africa.
Image: Shaun Roy/Gallo Images

Shamsi‚ who is a part-time magician‚ dismissed Wihab Lubbe in the ongoing Mzansi Super League encounter before repeating his magical celebration.

The spinner took out a red handkerchief from his back pocket with using his left hand before it turns into a silver stick.

Looking at the replies, it's clear that a lot of people have locked up their sense of humour for safekeeping.

Users flocked to Twitter to demand more of such celebration from Shamsi.