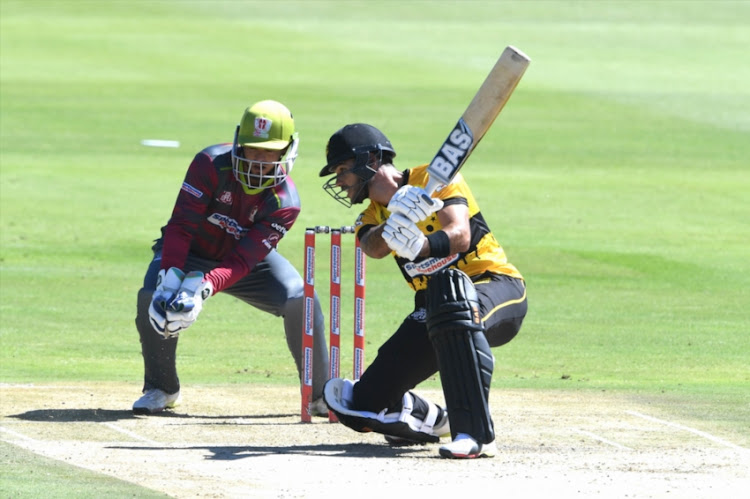 Proteas Test opener Dean Elgar displayed his limited overs credentials by helping the Tshwane Spartans to a four wickets win over the Jozi Stars in their Mzansi Super League (MSL) encounter at SuperSport Park in Centurion on Wednesday afternoon.

Elgar‚ who has only played in eight ODIs and is yet to feature in an international T20 match for the Proteas‚ scored an elegant knock of 79 off 52 which included five boundaries and four maximums for the Spartans.

Largely as a result of his performance‚ the Spartans ended on 188/6 in chase of 186/5 that was put up by Stars after they lost the toss and were inserted to bat first on the Centurion wicket that had something for the bowlers and batsmen.

In the process Elgar reached his highest T20 score and the Spartans breathed new life into their campaign with their second win after five matches and they have now moved up to third on the standings.

The other main contributor for the Spartans with the bat was former Proteas captain AB de Villiers who looked to be in the mood with his attacking play until he was caught at the long off by Ryan Rickelton trying to clear the boundary from the bowling of Dwaine Pretorius after 13 overs.

Following the early loss of Gihahn Cloete (9) and Theunis de Bruyn (0)‚ Elgar and De Villiers went about the rebuilding job and they put together a useful partnership of 68 off 38 which set the tone for this much-needed victory for coach Mark Boucher.

Wickets that followed De Viliers for the Spartans were those of Tony de Zorzi (18)‚ Robbie Frylinck (5) while Sean Williams was unbeaten on 13 when they reached their target after 19.3 overs.

For the visitors‚ who suffered their third loss of the campaign‚ spinner Simon Harmer was impressive with ball in hand as he was responsible for the demise of Corbin Bosch‚ De Bruyn and De Zorzi and ended the match with figures of 3.26 in his four overs.

At some stage Harmer wrecked havoc with the Spartans middle order and he was on a hat-trick after he dismissed Bosch (9) and De Bruyn (0) in successive balls during the seventh over but could not get De Villiers with the third ball.

Kagiso Rabada‚ Beuran Hendricks‚ Dwaine Pretorius contributed one wicket apiece but their efforts were not enough as the Spartans crossed the finishing line with three balls to spare and their campaign up and running.

With the bat as they set the target‚ main contributors for the Stars were Reeza Hendricks (55)‚ Pite van Biljon (42)‚ Dane Vilas (25) and Rassie van der Dussen (18) with Jeevan Mendis taking two wickets and Lutho Sipamla and Bosch claiming one each for the Spartans.