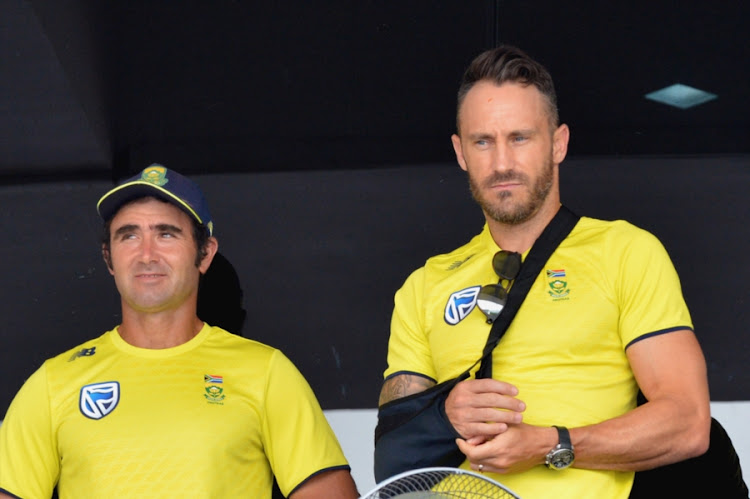 Expect a different approach the next time South Africa undertake a Test series in Asia‚ a lesson they’ve learnt during their current visit to Sri Lanka.

The Lankans won both matches easily with 37 of South Africa’s 40 wickets falling to spin and with‚ all told‚ more than four days to spare.

South Africa went in a batsman light in the first Test to make room for a second spinner‚ but made do with one slow bowler in the second game. They picked three fast bowlers in both.

“We expected it to be tough but the difference we found this time was that the conditions favoured the spinners a little bit more‚” Faf du Plessis said in Cape Town on Friday after coming home early with a shoulder injury.

“Before the tour we anticipated that the wickets would spin but still be similar to previous tours.

“In Galle the seamers were very successful in 2014 [when Dale Steyn and Morné Morkel took 16 wickets in South Africa’s 153-run win]. This time it was more just for the spinners.

“If we want to beat teams on the subcontinent we need to change the way we play a bit; how we play three fast bowlers and rely on pace and reverse swing.

“Even after the second Test we realised we got the selection wrong. The thinking was that the Sri Lankans play spin well so you’re always hesitant to load your team with spinners because the local batsmen grow up playing against them.

More happily for them South Africa won the one-day series with two games to spare — a good omen with next year’s World Cup looming.

“We place a lot of emphasis on how we want to play given the vision [coach Ottis Gibson] and I have for winning the World Cup.

“The guys are playing an exciting‚ fearless brand of cricket. To beat Sri Lanka three out of three [as South Africa did before losing the fourth game] is no easy task.”

Du Plessis’s right arm was in a sling as he spoke‚ a reminder of the tendons he tore after diving in trying to take a catch during the third ODI in Pallekele on Sunday.

“No surgery is required‚ luckily — it’s just a small tear‚” he said‚ and suggested he could miss South Africa’s white-ball series against Zimbabwe in September and October as a result.

“It’s important to get the shoulder as strong as possible. Playing against Zim would be nice but an extra few weeks would be good.

“No disrespect to Zimbabwe but there’s a lot cricket still to be played; the long-term goal is the most important thing.”

Kandy wasn’t a good place to be a bowler on Wednesday, not with runs raining like the misty mountain showers that took 40 overs out of the fourth ...
Sport
4 years ago

Is the money-spinning Indian Premier League headed to SA?

Cricket South Africa (CSA) chief executive Thabang Moroe has revealed that they would jump at the opportunity to host the money spinning Indian ...
Sport
4 years ago
Next Article