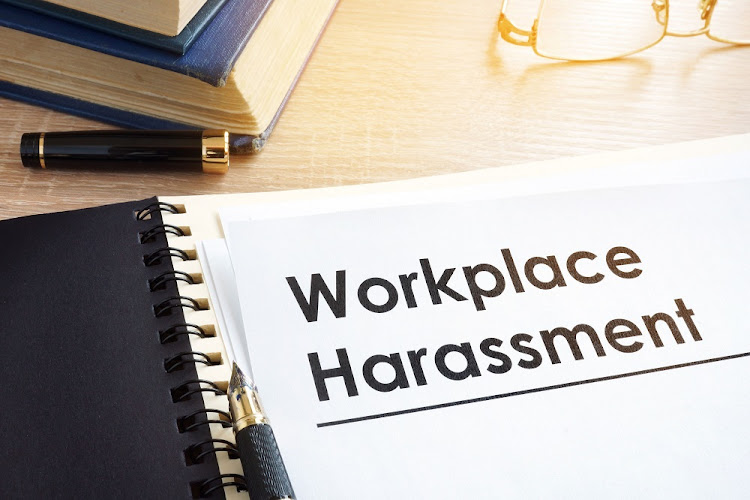 WORKPLACE HARASSMENT A student has been suspended from school after being caught on camera rubbing a teacher's buttocks.
Image: 123RF/ Vitaliy Vodolazskyy

The Gauteng education department confirmed on Friday that it had suspended a Lenasia Secondary School pupil after he was caught on camera fondling his male teacher's buttocks.

It is believed the video was recorded by the boy's classmate‚ who is heard chuckling in the background.

Video footage of a pupil harassing a teacher at Lenasia South Secondary School has appeared on social media. The department of education said a grade 10 pupil had been suspended and a disciplinary hearing will be held on August 17 2018. Subscribe to TimesLIVE here: https://www.youtube.com/user/TimesLive

"The MEC [Panyaza Lesufi] visited the school on Tuesday‚ expressed his displeasure to the school management. He interacted with the Grade 10 learner‚ accompanied him to the class to apologise to fellow learners and the educator‚" said department spokesman Steve Mabona.

"Subsequently the MEC‚ on behalf of the department and the school‚ apologised to the educator. The learner will appear before a disciplinary process on August 17 2018.”

The video clip starts with the learner confronting the teacher‚ pointing at him as he is bent over at a desk‚ going through another learner's book.

An exchange happens‚ with the teacher seemingly trying to reprimand the child.

The teacher eventually walks away‚ returning to the learner he had been attending to.

Eventually‚ he sits down at his desk and gives a thumbs-up to the pupil recording the video.

He then suddenly turns to the teacher‚ who is standing next to him‚ and strokes his buttocks.

The irritated teacher flicks him away then continues to attend to the pupil next to him.

The 58-second video was posted on a social media group earlier in the week. By Friday‚ it had been shared over 6‚100 times and had been viewed over 302‚000 times on Facebook.