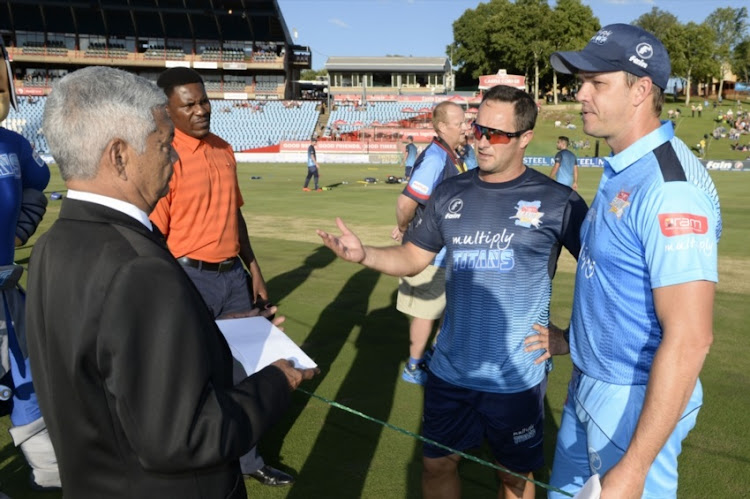 Titans coach Mark Boucher is expected to hand highly-rated batsman Rivaldo Moonsamy his four-day debut when the Gauteng team resume their Sunfoil Series programme against the Cape Cobras at Willowmoore Park in Benoni on Thursday.

The 21-year-old Moonsamy‚ who doubles up as wicketkeeper‚ was in form during the Momentum One Day Cup where he featured in 10 of Titans’ matches and Boucher is ready to unleash him in four-day cricket.

“I have been waiting for an opportunity to play in the four-day competition for a long time and I hope I can make it count like I did in the One Day Cup‚” said Moonsamy as top of the log Titans prepared for the visit by the Cobras.

“That was a start for me and I have good confidence going into the Sunfoil Series because I have done well for Northerns as well.

“I think I have grown a lot as a player because I used to just go out and play shots but I took responsibility and now I am a senior player in the Northerns set-up where I try to lead by example.

Cobras senior player and spinner Dane Piedt said his side need to be more aggressive and improve their fielding in the remaining five matches of the campaign as they look to lay their hands on the trophy.

“We want to be much more aggressive and clinical and every player must take responsibility‚” Piedt said.

“The No. 7 position will be important and I might bat there with Kyle Verreynne moving up to No. 6‚ where he will have added responsibility.

“Justin Ontong has retired and joined the South African senior team and Stiaan van Zyl is an ideal replacement.”

In other matches‚ the Knights are up against the Dolphins at Mangaung Oval in Bloemfontein while the Lions hit the road to Buffalo Park in East London to take on the Warriors‚ with all matches starting at 10am.