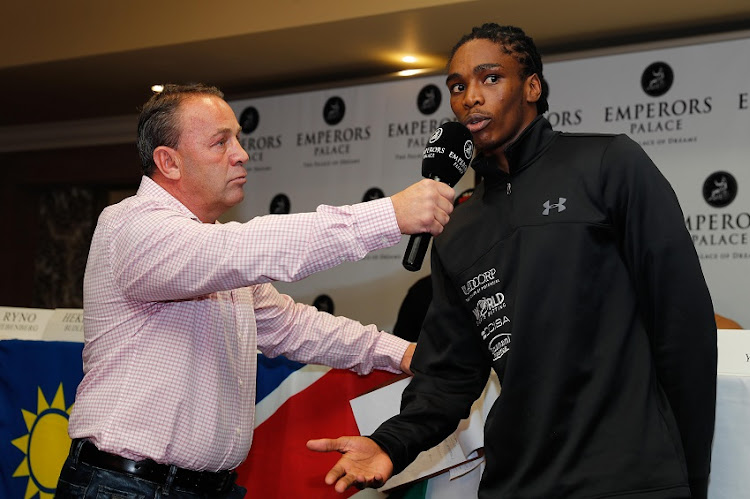 Another day‚ another opponent. Unbeaten welterweight Tulz Mbenge will now take on Argentina’s Diego Chaves for the vacant IBO title at Emperors Palace on June 23‚ the third opponent lined up for him.

The previous two pulled out for different reasons‚ one because of injury and the opting to take a fight elsewhere.

Mbenge will top his first Saturday night card‚ dubbed Bombs Away‚ as he guns for the right to call himself a world champion.

Chaves‚ 32‚ is expected to offer Mbenge a test‚ coming with a record of 26 wins — 22 inside the distance — three losses and a draw.

In 2014 he drew with Timothy Bradley‚ the first man to end Manny Pacquiao’s seven-year unbeaten run in 2012.

The year before he was knocked out in the 10th round by Keith Thurman‚ now the WBC champion‚ and in his most recent bout he succumbed to a body shot from Jamal James‚ getting counted out in the third round.

“We’re building Tulz in the right way ... to get him into the elite of the welterweight division‚” said trainer Sean Smith.

“I think he will be able to force Tulz to elevate his game. We’ll be able to see what speed we can take him.” Mbenge is 13-0 with 10 wins by stoppage.

On the undercard‚ cruiserweight Thabiso Mchunu and super-middleweight Rowan Campbell will take on East European opponents‚ while strawweight Deejay Kriel faces Toto Landero of the Philippines.

Kriel has recently returned from a two-week pilgrimage to Las Vegas where he learned some of the ropes of respected trainer Kenny Adams‚ who once sat in the corner of Jan Bergman.

“My sponsor‚ Tappies Henning of Easterns Hydraulics‚ agreed to take me to learn‚” said Kriel‚ who dropped out of school to focus on boxing.

“I was learning about stability and power‚ working on punching power‚” added the fighter. “They said I’ve got all the ability.”