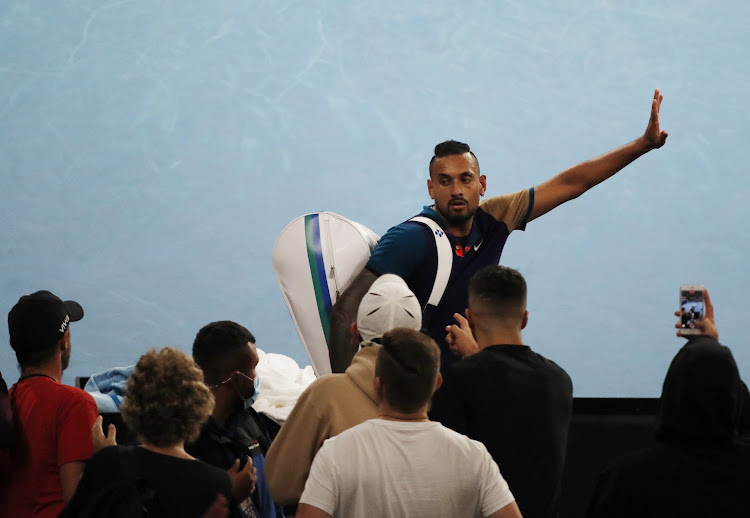 Australia's Nick Kyrgios is a crowd puller at Melbourne Park and he will now begin his 2022 season at the Sydney Tennis Classic next week after being handed a wild card for the event.
Image: REUTERS/Asanka Brendon Ratnayake

Nick Kyrgios has withdrawn from the Melbourne Summer Set ATP 250 event due to asthma, organisers said on Tuesday, leaving him with only one tournament to prepare for the Australian Open later this month.

Kyrgios, a crowd favourite at Melbourne Park, has not played since late September due to knee issues and has slipped to 93rd in the rankings, which ruled him out of contention for the Australian team for the season-opening ATP Cup in Sydney.

The 26-year-old, who played only 15 matches in 2021, winning seven of them, was scheduled to take on Slovakian Alex Molcan at Melbourne Park on Tuesday.

Kyrgios will now begin his 2022 season at the Sydney Tennis Classic next week after being handed a wild card for the event.

"I'm really sorry that I've had to pull out from this Melbourne Summer Set event. I've been feeling run down and unwell for four days," Kyrgios said in a statement.

"I've had several Covid tests over the last few days which all came back negative. I don't feel 100% so I need to take this week to be ready for Sydney next week.

"I was really looking forward to experiencing the best fans in the world here at home. I can't wait to get back out there and see you all."

The Australian Open will begin on January 17.