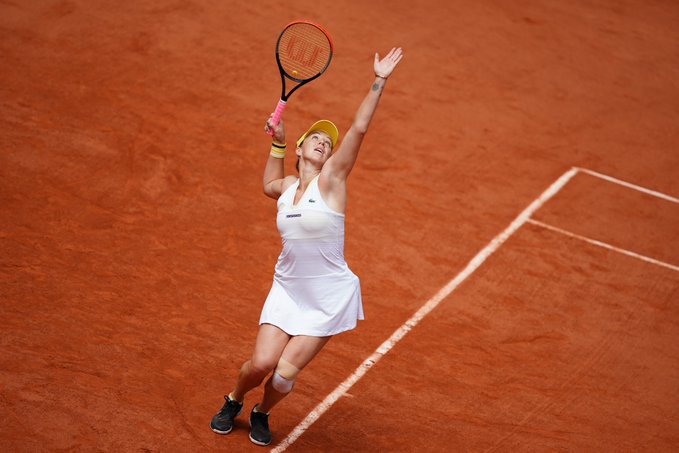 Anastasia Pavlyuchenkova made the announcement on Thursday.
Image: Roland Garros/Twitter

The women's Tour will kick off its 2022 season next week with a WTA 500 event in Adelaide and a couple of 250 events in Melbourne before the year's first major is played from Jan. 17.

"Unfortunately, I have some bad news. I arrived in Australia on Tuesday and tested positive for Covid-19," Pavlyuchenkova said on Twitter.

"I was fully vaccinated and was preparing for the start of the season in Dubai. But we live in a very difficult and unpredictable time.

"Right now I am in complete isolation, in a special hotel and following all the protocols under the supervision of doctors."

The 30-year-old reached her career-high ranking last month after a stellar 2021 season in which she reached her maiden major final, won the Tokyo Olympics mixed doubles gold and led Russia to the Billie Jean King Cup title in Prague.

Several players have had their preparations for the Australian Open disrupted due to the novel coronavirus recently including Rafa Nadal, Denis Shapovalov, Andrey Rublev, Belinda Bencic and Ons Jabeur, who all tested positive after playing at an exhibition event in Abu Dhabi.

Paris — The curse of French Open defending champions continued as Iga Swiatek was knocked out 6-4 6-4 by Greek Maria Sakkari in the French Open ...
Sport
11 months ago

Russian Anastasia Pavlyuchenkova rolled back the years as she reached the quarter-finals of the French Open for the first time since 2011 by beating ...
Sport
11 months ago

Age not a factor for Venus Williams, but veteran inspires fellow pros

American Venus Williams brushed off a question about her age after defeating Belgian Kirsten Flipkens at the Australian Open, but the 40-year-old's ...
Sport
1 year ago
Next Article