Gift for Leotlela as he scorches 100m in 9.94sec at university championships 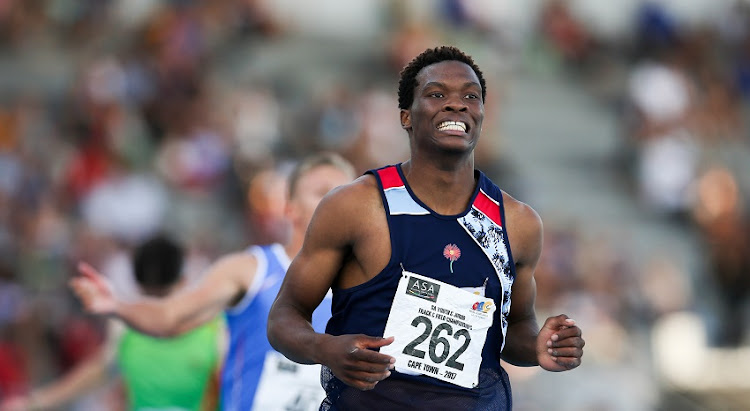 Gift Leotlela clocked a lightning 9.94sec to win the 100m at the university athletics championships in Johannesburg on Friday afternoon.
Image: GALLO IMAGES

Gift Leotlela clocked a lightning 9.94sec to win the 100m at the university athletics championships in Johannesburg on Friday afternoon and become the second-fastest South African of all time.

Only Akani Simbine, owner of the 9.89 SA record and Leotlela’s teammate in the 4x100m team that won gold at the World Relays in Poland recently, has been faster.

Wayde van Niekerk, owner of the 43.03sec 400m world record, was second on 9.94 until Leotlela joined him this week.

Not only did that time at the University of Johannesburg stadium secure Leotlela his individual qualification for the Tokyo Olympics, the University of Pretoria student rocketed to share the third-fastest time in the world this year.

American Trayvon Bromell is the quickest on 9.88 and countryman Fred Kerley second on 9.91. Ronnie Baker and Jo’Vaughn Martin had also been 9.94.

Leotlela went 9.94 at the national championships last month, but his effort was ruined by a 2.8mps tailwind.

On Friday afternoon the wind was measured at a gentle 1.3mps.

He qualified for the 2016 Rio Olympics in the 200m, but since then his career had been hampered by injuries, and this year is the first time he’s shown form.​