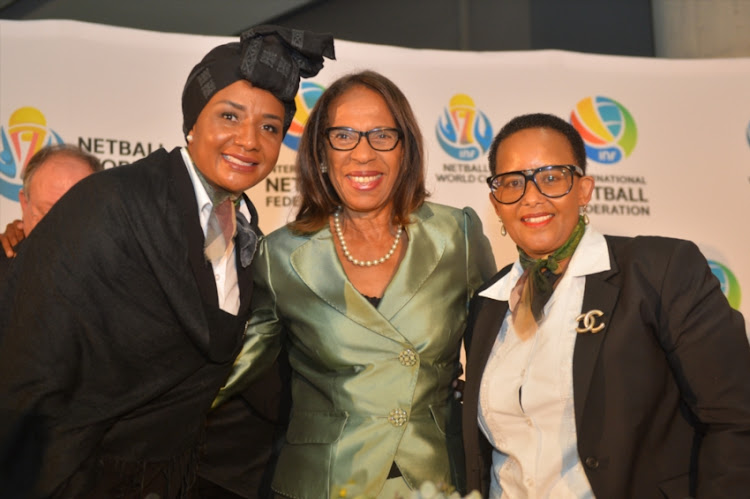 Netball South Africa (NSA) president Cecilia Molokwane had to fight back tears as mixed emotions swirled after Cape Town was named as host city for the 2023 Netball World Cup.

Molokwane suffered a personal tragedy just a few weeks ago when her husband was killed in a car accident.

Jumping up and down and screaming in celebration when International Netball Federation (INF) president Molly Rhone made the announcement seemed inappropriate for her‚ despite the sensational news.

The sport’s flagship event will come to Africa for the first time since its inception in 1963 and will inject at least R2bn in revenue into the local and national economy.

When set aside against an estimated budget of R68 million to stage the event‚ the economic benefits appear even more significant than the legacy and profile benefits for the sports itself.

But the legacy projects that the World Cup will stimulate were a key aspect of the bid book and have been highly prioritised by both NSA and the INF.

“I’ve had a lot of tears over the past few weeks. I wish I could jump up and down and celebrate but in my heart I am celebrating‚” Molokwane said.

“I know that if my husband were here‚ he would say ‘well done‚ my wife.’

“We were not favourites to win this bid‚ but I would like to thank Molly for encouraging us to carry on because you believed in the hosting rotating.

“I would like to thank the Western Cape government and the city of Cape Town because when we came to you and said we want this (the World Cup)‚ but we don’t have a venue‚ you opened tour arms and backed us.”

Cape Town’s International Convention Centre (CTICC) on the foreshore‚ where Thursday’s announcement was made‚ will be transformed to host the 16-team competition in five year’s time.

There will be five courts with a main show court that will seat at least 7000 fans in 2023‚ which will be the 16th staging of the World Cup.

"We were delighted to receive two exceptional bids and the INF Board was satisfied that both Netball New Zealand and Netball South Africa would be capable of hosting a successful and thrilling NWC2023‚” Rhone said.

“The fact that Africa and South Africa had not hosted a Netball World Cup before was not a reason why Cape Town won the bid.

“The two bids were strong but where Cape Town stood out was with its legacy programmes.”

There has been a commitment from the Western Cape government to deliver more than 30 new netball courts in the province by 2023 to enhance participation.

An indoor community hall with a dedicated netball court has also been planned while every province in country will be required to build new courts as well.

"The INF Board decided that the significant investment that the South African Government and Western Cape were prepared to make over the next four years in netball facilities and coaching programmes in South Africa‚ the African continent and beyond would deliver a greater impact on the development of global netball‚” Rhone said.

"It is an exciting time for netball right now. Our sport is growing in popularity at an unprecedented rate throughout the world.

"There is increasing competitiveness between the top nations and now three teams from Africa feature in the top 10 of the INF World Rankings. We look forward to working with the Organising Committee to bring the INF’s most important event to South Africa in 2023."