Shamsi says the Titans did not take the Warriors for granted 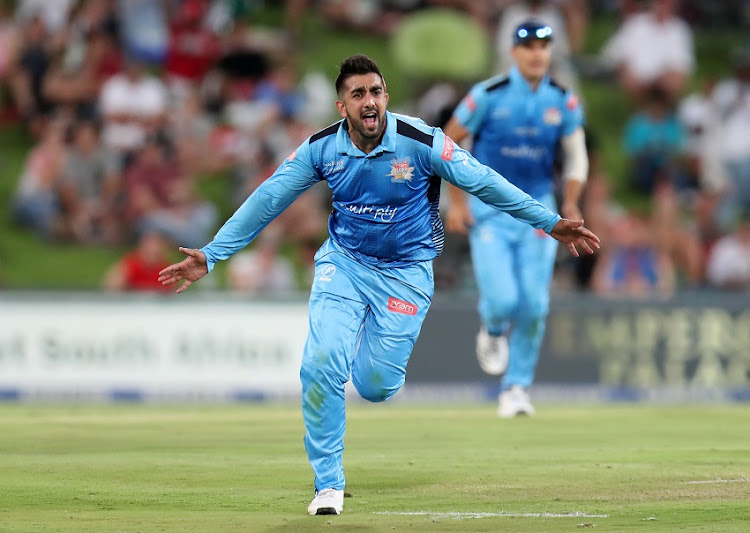 Tabraiz Shamsi had admitted that he was gripped by nerves in the build up to their convincing eight wickets victory over the Warriors in the semifinal of the Ram Slam T20 Challenge in Centurion on Wednesday night.

Shamsi‚ who was one of the Titans’ star performers with a handsome return of 4/32 in four overs‚ said the magnitude of the occasion and the response of their fans who packed SuperSport Park left him nervous in the minutes leading up to the match.

“A semifinal is a pressurised game and it is natural to feel a little bit nervous‚" he said after they stayed on course to defend their crown on Saturday in Pretoria against the winners of Thursday’s second semifinal between Dolphins and Cape Cobras.

"Every game means a lot to me and the rest of the guys‚ especially in front of a packed house. “We were prepared mentally and physically and that helped us to settle down.

"We have done a lot of hard work behind the scenes and that came to the fore during the win over the Warriors.”

Shamsi said they did not take the Warriors for granted because they were aware of the dangers of their destructive batsmen like Jon-Jon Smuts‚ Christiaan Jonker‚ Colin Ingram and Colin Ackerman‚ and bowlers like Andrew Birch‚ Sisanda Magala and Basheer Walters.

“We knew that the Warriors have a heavy batting line-up with batters who can do a lot of damage‚ bowlers who can punish you.

"(But) we were prepared for them.

"We have a lot of firepower in our batting attack as well and that gave us some breathing room at the end.“

Shamsi was the Titans’ star of the night with the ball but AB de Villiers (54) and Aiden Markram (56) also made telling contributions with well-taken half centuries as they recovered after losing Quinton de Kock and Heinrich Klaasen early on in the chase.

“We all know what AB (De Villiers) can do as he has proved himself on the international stage but it is pleasing to see how Aiden (Markram) is developing as a player.

"He has been sensational since he started playing for the Titans and we don’t put pressure on him because we want to allow him to play freely and he destructive up front‚” he said.

Shamsi’s four wickets against the Warriors catapulted him to the summit of wicket takers list in the competition with sixteen scalps after nine innings.

“I have been steady in this competition and I am happy that in a semifinal I was able take some wickets but once again it was team effort.

"In the bowling unit‚ everyone has done their job‚ on Wednesday it was my day and in the next match it will probably be someone else.”