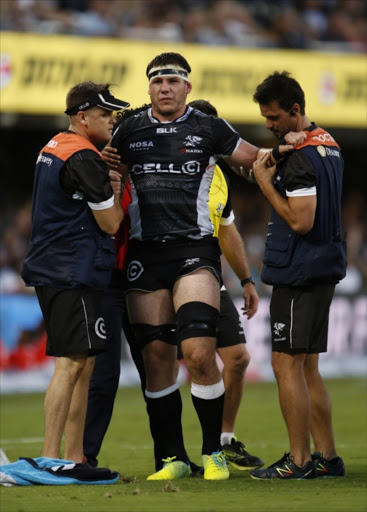 SA Rugby recently announced that overseas-based players with fewer than 30 Test caps would not be eligible for the Springboks beyond July 1‚ the day the policy kicks in.

Openside flank Marcell Coetzee‚ playing for Ulster in Ireland‚ could reach the threshold during the three-Test June series against France.

Coetzee has 28 caps‚ so two appearances against the French would ensure that coach Allister Coetzee has a world-class openside to call on at any time especially as it’s a position where South Africa is struggling.

But over the weekend‚ and almost predictably‚ Coetzee suffered a knee injury playing for Ulster in a Pro 12 match against Italian side Zebre.

There has been no confirmation of the severity of the injury but one report suggested Coetzee expected to be out for up to nine months.

Ulster have yet to put a time frame on Coetzee’s injury but if Coetzee misses the June series against France‚ his Springbok career is effectively over as well.

Coetzee is contracted to the Irish provincial side for another two years after this season making him ineligible for the Springboks‚ unless he breaks his Irish contract.

That’s also assuming Coetzee makes a full recovery after missing most of 2016 with a similar injury. His career might even be in jeopardy if the injury is severe.

Coetzee was only making his fourth appearance for his new club – playing at No 8 – before succumbing to the injury after just 18 minutes of the match.

“I think it’s the other one (knee from previous injury)‚” Ulster director of rugby Les Kiss said.

“I went to see him and I just shook his hand. I couldn’t chat in detail. Hopefully‚ touch wood‚ it’s all good.

“He was a bit down‚ he was happy the boys won. That was the big emotion but we’ll just have to see.” - TMG Digital