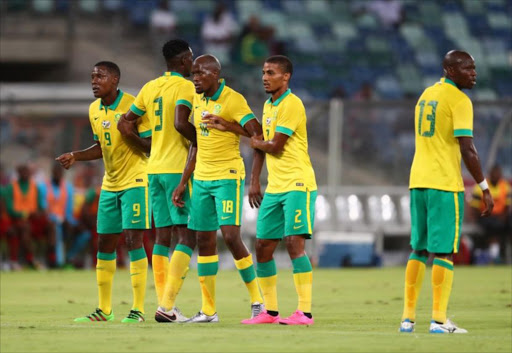 Egypt have brought a full strength squad for Tuesday’s friendly against South Africa at the Orlando Stadium‚ including seven players at clubs in Europe.

Arsenal midfielder Mohamed Elneny and Roma winger Mohamed Salah‚ formerly with Chelsea‚ are the star attractions of the side coached by Hector Cuper‚ formerly of Inter Milan.

But the man to watch is the sensational teenager Ramadan Sobhi‚ whose recent move to Stoke City earned Al Ahly a reported 5-million pounds (around R95-million).

It is a formidable-looking squad that will ask many questions of South Africa’s beleaguered national team.

Both Elneny and Salah made their way to the English premier league through Swiss champions Fc Basle‚ who have done well in securing Egyptian talent in recent seasons.

Salah has since moved from Chelsea to Roma‚ first on loan and now a permanent deal‚ while Elneny has quickly earned a hard man image in the Arsenal midfield.

The 19-year-old Sobhi is regarded among the hottest properties in African football.

He made his national team debut as a 17-year-old teen and Stoke have used him in both their opening matches of the new season.

His father is Egyptian and the 24-year-old defensive midfielder made his debut as a second half substitute last Tuesday when Egypt drew 1-1 with Guinea in a friendly in Alexandria.

Al Hadari will win his 144th cap as he extends his record as the oldest player to have played for Egypt.

He was in the squad that won the 1998 African nations Cup and has played four times against Bafana Bafana.

Egypt’s squad have been in South Africa since Thursday which means they will be comfortably acclimatised to the altitude.