COMMENT: Who will have the last laugh after Sundowns, Wits swap players? 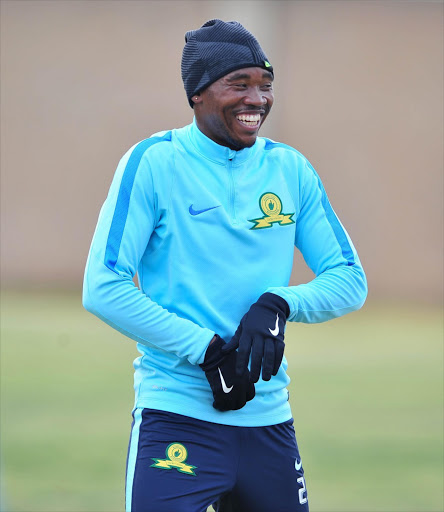 Both teams got what they needed after Sibusiso Vilakazi this week went to Mamelodi Sundowns and Cuthbert Malajila and Mogakolodi Ngele travelled in the other direction down the N1 to Bidvest Wits.

The disappointing aspect of the 2015-16 season was that Wits capitulated too easily in the end to a Sundowns side that harkened to their dreamy combinations of the 1990s.

Downs’ signing of Vilakazi – where he is likely to fill the hole left by Bongani Zungu’s departure to Portugal‚ playing just in front of Hlompo Kekana in central midfield – should guarantee that Pitso Mosimane’s men retain their Premier League title.

But Malajila and Ngele’s acquisition by Gavin Hunt at Wits have given the Clever Boys a frontline that finally has some real teeth to it.

It might even be enough to finally push Wits over the line for a first championship after finishes of third‚ third and second under Hunt.

Either way‚ both sides’ respective acquisitions – all three of whom to varying degrees had not given off their best in the past season‚ which was compounded by a lack of game time – can bring genuine quality to much-needed new environments.

One of the most sensible swap deals in recent PSL history seems set to have set up what could be a spectacular three-horse race between Downs‚ Wits and a trophy-hungry‚ Muhsin Ertugral-coached Orlando Pirates in the coming season.

Add a new-look Kaizer Chiefs with Steve Komphela more settled and with some interesting additions to his armoury and a strong SuperSport United under Stuart Baxter as unknown quantities‚ and you could have a season that reflects the tentatively upturning fortunes in SA football.

But certainly the prized horse of this off-season‚ who Chiefs also seriously attempted to corral‚ has been Vilakazi.

For ‘Vila’‚ the move comes at the right time.

Despite the mutual respect he and Hunt have had‚ things had gone stale in Milpark for the 2013-14 PSL Player’s Player and Player of the Season.

It seemed a strange – from an outsider’s view‚ at times strained – relationship between coach and player.

Hunt hardly ever seemed to be able to find the sort of praise‚ even after his best matches‚ for the technically-gifted playmaker that he has at times reserved for other star performers such as Phumlani Ntshangase‚ James Keene and Thulani Hlatshwayo.

By the end it had really appeared to have become uncomfortable not just for the two‚ but for the squad and club as a whole.

As Vilakazi’s game suffered he lost out on game time.

Players around him such as Jabulani Shongwe and Ben Motshwari grew in strength.

When Vilakazi was given starts he would try too hard‚ and his game would suffer more.

He lost match fitness and sharpness.

Still‚ by then end of last season‚ the feeling was that if the player had been managed better by Hunt from the beginning of that campaign‚ given playing time‚ and nursed to form‚ Wits could have pushed Sundowns closer.

Apart from the financial incentive – no doubt a healthy one – to join Sundowns‚ Mosimane would have lured Vilakazi with promises of silverware and a return of personal awards.

Such promises made to players such as Khama Billiat and Keagan Dolly have been more than fulfilled.
Vilakazi would surely have noticed that and it would have played a role in him choosing Chloorkop over the less certain surrounds of Naturena.

His arrival coincides with Zungu’s departure to Vitoria Guimaraes.

Zungu was instrumental in Downs turning around their slow start before becoming injured for the second half of last season.

Vilakazi has a similar combination of class‚ smooth-skilled technical ability and muscle to fill that gap.

Under a coach in Mosimane who is a self-professed fan‚ he should flourish as part of‚ or behind‚ the deadliest frontline seen in SA football perhaps since the 1990s.

Malajila and Ngele could find themselves in a similar situation.

His contributions were always crucial.

But as a striker playing behind the “CBD” (Leonardo Castro‚ Billiat and Dolly) in the pecking order‚ and relegated to coming off the bench‚ it was difficult for Malajila to establish regular scoring form.

He fell out of favour with his national coach‚ Peter Butler‚ who felt the move to Downs from Platinum Stars resulted in big-headedness and affected “Tsotso’s” hunger.

Under the tough Hunt‚ such antics seem unlikely.

Their arrival gives Wits a frontline – including Daine Klate‚ James Keene‚ Gabadinho Mhango and Knox Mutizwa – that should terrorise defences.

With a sharp end‚ which until now has been absent‚ to a stable core of a classy team built over three seasons‚ Hunt’s side will surely push for honours.

As for matches between Sundowns and Wits – let’s just say that when the PSL fixtures come out‚ look for them and alert everyone you know not to plan any weddings on those dates.