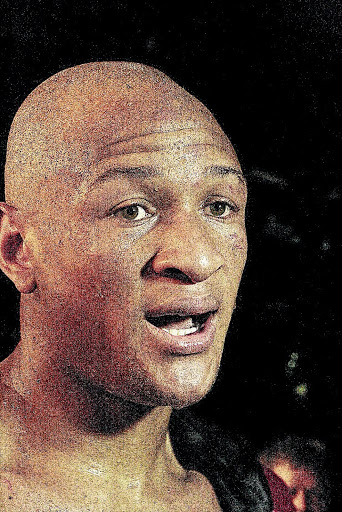 Isaac "Golden Boy" Chilemba says his fight against Sergio "Krusher" Kovalev on July 11 is no longer about the WBA Super, IBF and WBO light heavyweight belts but about going in there to teach the undisputed Russian some respect.

Chilemba feels insulted that Kovalev and Main Events promotion have already announced November as the month for the boxer to defend his belts against American former Ring Magazine, WBA and WBC super middleweight champion Andre Ward.

"Clearly they see me as a stepping stone [and that's] total disrespect," said Chilemba before he jetted off to Russia yesterday.

"They are looking past me when we have not fought which means they see me as just a sparring partner. I am now going out there with more reason to beat this guy."

Kovalev is undefeated after 29 bouts, with 26 KOs. He'll be bidding for the eighth defence of his belts.

"I am going to teach him some manners and in the process make history by becoming the first African fighter to win three titles in one night," said the former IBO and ABU super middleweight, WBO Africa, ABU and WBC International light heavyweight champion.

Chilemba prepared for his previous eight fights in the USA under trainer and former world champion Buddy McGirt.

But he trained in Johannesburg for Kovalev. "I was trained by Jodi Solomon who has been really great. I truly believe everything we did in the gym will pay dividends," he said, adding that trainers Stephen Castle and Warren Hulley assisted in his camp.