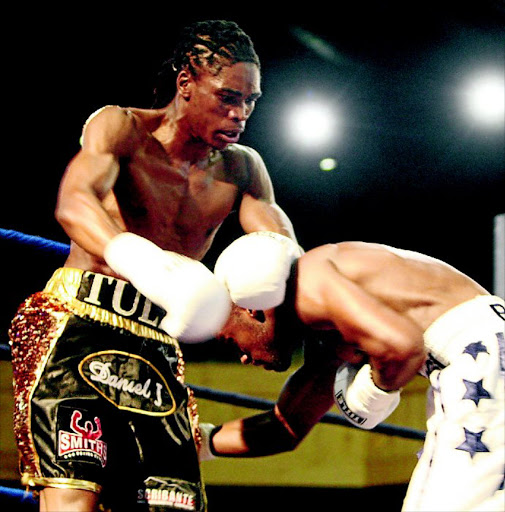 The future seems to be shaping up nicely for Commonwealth medallist Thulani "Tulz" Mbenge.

The boxer's consistency in the ring has earned him the No 6 spot in the national rankings despite having only five bouts under his name.

The trip-hammer-fisted 23-year-old boxer from Mdantsane - who is trained in Gauteng by Sean Smith - has knocked out all his opponents.

Mbenge, a bronze medallist at the 2014 Glasgow Commonwealth Games, has boxed only six rounds in the professional ranks since he made his debut in the paying ranks in May last year.

He returns to Emperors Palace on July 24 against Zenzele Ntanzi in what will be Mbenge's third appearance in a tournament to be staged jointly by associate promoters Rodney Berman of Golden Gloves and Jeff Ellis of African Ring.

In his last fight at the Palace of Dreams in February, Mbenge floored Andile Mabilisa in less than a minute.

Mbenge will take on Ntanzi, who made his debut in March when his bout against Bongani Mlotshwa at Mdantsane Indoor Centre ended in the second round.

Mlotshwa - a former WBF Intercontinental junior middleweight champion from Mount Coke in East London - broke his left humerus (the long bone in the arm or forelimb that runs from the shoulder to the elbow).

The injury was so severe it was estimated that it could take more than six months to heal.

Topping the upcoming bill - third edition of the Prospects at the Palace series - will be national welterweight champion Shaun Ness in the first defence against Ayanda Mthembu from Durban.

Ness was supposed to defend against Ntuthuko Memela but the Gauteng-based champion's trainer, Colin Nathan, told Sowetan that the KwaZulu-Natal No 2 contender out-priced himself.

Berman's matchmaker Reuben Rasodi has done what he has been doing so well for the past three decades, putting together evenly matched bouts.

He matched Nathan's fighter and fan favourite Deejay "The Real" Kriel with prospect Mthobisi Nkosi over eight rounds in the mini flyweight class and pitted Harold Volbrecht-trained Lucky Mongebane against Caiphus Thomas over six rounds in the junior lightweight division.

Promising rookie and crowd puller Joshua "TKO" Studdard, who is trained by Warren Hulley, will take on tough Free Stater Morapedi Khotle over six rounds in the bantamweight class, while Smith's other charge Chaz Wasserman will meet Fiston Kapamba (also Volbrecht's boxer) over six rounds in the light heavyweight category.

Sterling Shaw from Durban will take on John Bopape over six rounds in the junior middleweight division.