How to watch the FIFA Women’s World Cup 2015 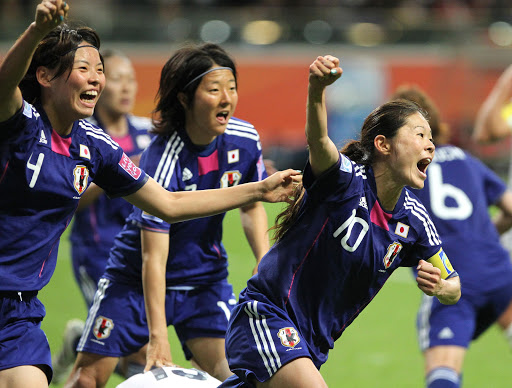 The FIFA Women's World Cup soccer kicks off in Canada on Saturday, June 6. With more viewing options available than ever before, the action will be hard to miss.

Games will be played at stadiums in the Canadian cities of Vancouver, Edmonton, Winnipeg, Ottawa, Montreal and Moncton, and 2015 marks the first time Canada has ever hosted the event.

For the last Women's World Cup in 2011, held in Germany, 248.5 million individuals watched at least 20 minutes of the games on TV and 434,000 live streams were viewed over the internet, according to a report by FIFA.

In the host country, Canada's Bell Media, whose CTV, TSN and RDS are the official broadcasters of the FIFA ("Féderation Internationale de Football Association") Women's World Cup events between 2015 and 2026, are planning live coverage of all the matches.

Other networks that have signed on to televise all 52 games live for the first time ever include FOX Sports in the US and Special Broadcasting Service ("SBS Sport") of Australia.

Live Soccer TV offers both live and delayed or repeat coverage of the games: you can access streaming from the internet or download the app to iOS and Android mobile devices.

A total of 24 teams from around the world and 552 players will fight for the championship.

Heading into the event, Germany is the top-ranked team, followed by the US, Japan, France and Sweden with Japan having edged out the US at the end of the last world cup to become this year's defending champion.

The full group draw was made on May 23, with three of the strongest teams -- the US, Sweden and Australia -- being concentrated in the ‘D' group, which has been deemed the "Group of Death," by the media.

And while Germany will be happy to have top goalie Nadine Angerer with them at the World Cup, wide midfielder Fatmire Alushi will not take part in the action, having recently announced her pregnancy.

Reigning world player of the year Nadine Kessler will be on the sidelines, still not fully recovered from her long-term injury, according to FIFA.

Former FIFA World Women's Player of the Year recipients who will be part of the action include reigning World Cup champ Japan's Homare Sawa Abby Wambach of the US, Brazilian sensation Marta, and Angerer.