'We were not dealing with gangsters but people': Mbalula on alleged bribe 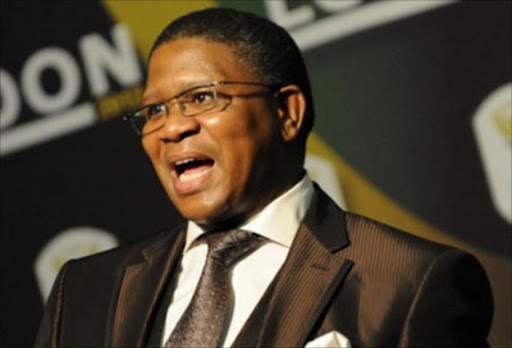 Sports Minister Fikile Mbalula has maintained that the South African government did not solicit any kind of bribe in order to win the 2010 FIFA World Cup.

He said that he acknowledges and accepts that $10million (R120m) was redirected from FIFA to CONCACAF but says that it was for an approved African Diaspora programme.

He however said that there is no way they could have 'sniffed' out 'criminals' when organising the World Cup.

"You must understand that when we organised the World Cup we were not dealing with gangsters but people. We were not sniffer dogs to check everybody's legitimacy," said Mbalula.

"We can't account for it. The fact that later they turned gangsters, that is not our problem."

The allegation of corruption should not, according to Mbalula not question South Africa's ability to host big sporting events.

In answering a question from the news agency AFP  about the African Diapora programme only coming up recently in Google searches, Department of Sports DG Alec Moemi said that the program has always been there, it was just not reported on; "even the newswire agencies did not pick up on it".

Moemi said that South Africa would have won the 2010 World Cup bid irregardless of allocating the $10million towards the Diaspora program.

A letter emerged yesterday, allegedly written by the then SAFA president Oliphant to the FIFA General Secretary Jerome Valcke in 2008 requesting that $10million from the Organising Committee's overall budget from FIFA be redirected to The Diaspora Legacy programme.

In the letter, Oliphant also requests that the money be directly handled by Jack Warner who was the CONCACAF president at the time.

Moemi said that they do not see anything wrong with their request to have Jack Warner take care of the money because he was the president of CONCACAF.

He said that they also nominated a specific person to handle the  money at CAF.

"The letter leaked to the media, we don't know why it was leaked in the first place because that correspondence was above board," said Mbalula.

Just minutes before the conference, SAFA president Danny Jordaan and 'other Local Organising Committee (LOC) members pulled out of the conference.

Jordaan and Oliphant were expected to address 'all issues relating to the 2010 FIFA World Cup'.

Mbalula said that he has spoken to most of the former LOC members about this and explained that they did not attend the press conference simply because they are 'former' since the committee has been disbanded.

He said that their efforts to 'clean' the football fraternity should never be in doubt and that he is ready to go to America to explain how and why the money was handled the way it was.