May in line for 1st start 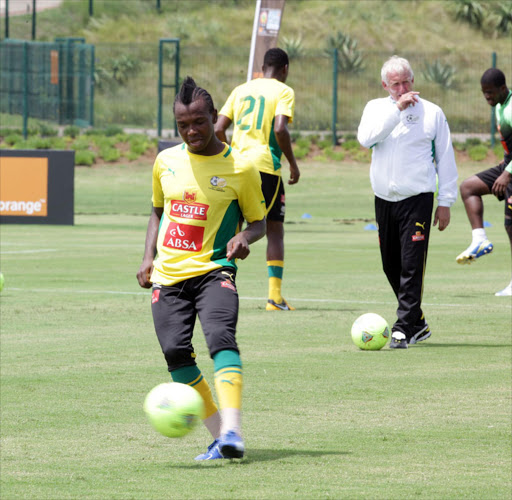 May Mahlangu could make his first start for new Turkish club Konyaspor on Sunday after making his bow for the side as a second-half substitute in midweek.

Mahlangu came on for the final 17 minutes in the 0-0 draw with Genclerbirligi that booked his club's place in the Turkish Cup knockout stages and set him on a path for immediate silverware with the team.

Next up is a league game at bottom side Balikesirspor, perhaps a perfect introduction for the 25-year-old.

The German Bundesliga II resumes this weekend after a six-week break and the good form of 1860 Munich midfielder Daylon Claasen will be tested as they take on Heidenheim on Monday night.

Also back after a long break are the two South African-born players in Switzerland - FC Thun's Lukas Schenkel and Joel Untersee from Vaduz. They play at home against Aarau and Sion, respectively.

Tokelo Rantie is expected to return to the Bournemouth squad as they travel to Wigan Athletic, while Dean Furman's Doncaster Rovers, who have seen their form improve and are suddenly in the promotion race, play Walsall.

Darren Keet will hope to be restored to the number one goalkeeper position when his Kortrijk side take on runaway league leaders Club Brugge in the Belgian league.

Whatever faint hopes Kortrijk have of grabbing a most unlikely championship this season rest on beating the Brugge club, who are 10 points ahead of them.

Andile Jali's KV Oostende tackle Ayanda Patosi's Lokeren tomorrow in what should be a tasty midfield battle there.

Neither side has been in good form of late and so a win will be extra precious.