Vetyeka's road to redemption on course 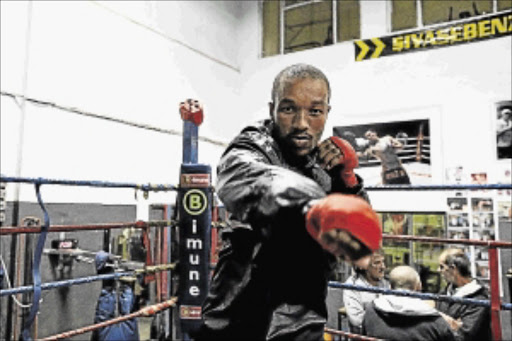 SIMPIWE Vetyeka will return to the boxing ring to begin the attempt to regain the WBA Super featherweight belt he lost under dubious circumstances to Filipino Nonito Donaire in China six months ago.

A mouthwatering carrot is being dangled before Vetyeka and Santos as the winner will be offered a shorter path towards a fight for the WBA Super featherweight title.

''The winner will be rewarded with the No 1 spot to challenge WBA Super featherweight champion Nicholas Walters," said Sdinile. Walters won the title from Donaire with a sixth-round stoppage in California on October 18.

''We wanted Vetyeka to fight for the WBA's regular championship but the WBA took a decision to have one champion per division. That is why the winner between Vetyeka and Santos will become mandatory challenger for Walters."

Vetyeka, who is trained by Vuyani Bungu and Lennox Mpulampula, is currently rated No 4 by the WBA. Santos, the former WBF junior featherweight titlist, is rated No 15. While Vetyeka has knocked out 16 of his 26 victims from 29 bouts, Santos has managed to stop only five of his 18 foes from 21 bouts.

Vetyeka lost the WBA Super featherweight title via a fifth round technical decision to Donaire. Their fight went to the scorecards in the fifth round after Donaire was unable to continue following a cut referee Luis Pabon ruled was caused by an accidental clash of heads.

Also to appear in the same bill will be Luzuko Siyo in the first defence of his IBO Inter Continental junior flyweight title against Raymond Tabogon from the Philippines.