Baxter up for a fight 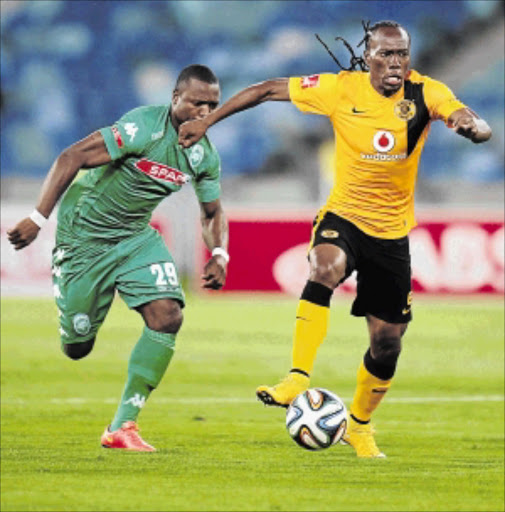 THE importance of Wednesday's 2-1 win against AmaZulu at the Moses Mabhida Stadium, where George Lebese netted both goals for Kaizer Chiefs, has not been lost on Amakhosi coach Stuart Baxter.

They came back from a goal down for the second consecutive league game.

"At the end of the season, the points that you have to grind out are the ones that make the difference because the games where you win 4-0 or 5-0, where the team plays beautiful football, you almost get those free of charge," Baxter said.

"All over the world when top meets bottom, it is never the game that one expects and to be fair, AmaZulu are not a bottom- of-the-log team."

AmaZulu's caretaker coach Wilfred Mugeyi could only look on forlornly after they conceded a goal with the last kick of the game but said his charges did all that was asked of them.

"A bit of luck has been missing and we need to create our own luck now, but we will keep fighting. Sometimes football is cruel and it was cruel on our side, but we could have scored one or two more goals," Mugeyi said.

"It was a good game, though, and the boys came out to fight. I am very happy with their commitment. They worked very hard and we were very good in the first half. We lost a bit of concentration in the second half."

A two-week break is often the last thing teams need, especially after the weekend's compassionate leave due to Senzo Meyiwa's death. But with the three points bagged, Baxter is the happiest of the 16 PSL coaches. But he will be losing five players to international duty and will be especially concerned about Mandla Masango, whom he said was an injury worry after he picked up a knock in the game.

He also said Itumeleng Khune's rehabilitation was going well but the keeper could only be back next month, even though he had taken off his space boot.