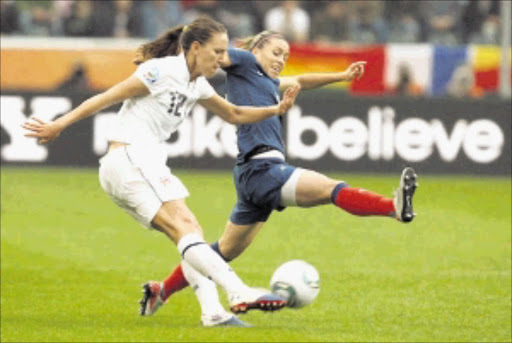 NYON - Women's football is refreshingly free of the histrionics which blight the men's game and must not allow itself to be contaminated by success.

This is the view of Uefa's first female executive committee member Karen Espelund. She said the recent success of the women's World Cup won by Japan in Germany, with impressive television ratings, dramatic matches and sold-out stadiums, had also brought worrying signs that the sport was losing its sense of fair play.

Three players, all from North Korea, failed doping tests, there were protests that Equatorial Guinea had fielded a male player during the African qualifying competition while Brazil were widely regarded as an exception to the no gamesmanship approach.

The Confederation of African Football said at one stage it would investigate the protests against Equatorial Guinea, who qualified for the World Cup, but no result was ever announced.

"In one way, this shows women's football is getting attractive in the sense that it's important to win, to be among the best," said Espelund, who was invited on the Uefa executive committee and took up her place last month.

"On the other hand, it's a terribly sad development and we need to stop it."

But Espelund, general secretary of the Norwegian said it was still a far cry from the men's game.

"The atmosphere on the women's side is different. The teams were staying in the same hotel, you can't imagine that in the men's game. I think the women should avoid learning from the men, keep it as it is, respecting fair play, respecting opponents.

"It is easy to read the female game as a referee because they will not go for a throw-in which is not theirs and they respect the referee ..."

Despite the success of the World Cup and the continued growth at grass roots level, women's football continues to struggle to attract sponsors and television air time.

Espelund said there was no easy solution.

"We are in a situation where male football is really strong and nobody wants to weaken that position but how do you manage to get more sponsors into women's football?

"We need clubs to find sponsors to do it with the heart."

She said the sport continued to suffer from constant comparisons with the men's game.

"You do notice the difference, but it is always commented on and this is a challenge because I don't know why, it's the only sport which is always being compared to the men's performances.