Give IOC a welcome they will never forget - Mbalula 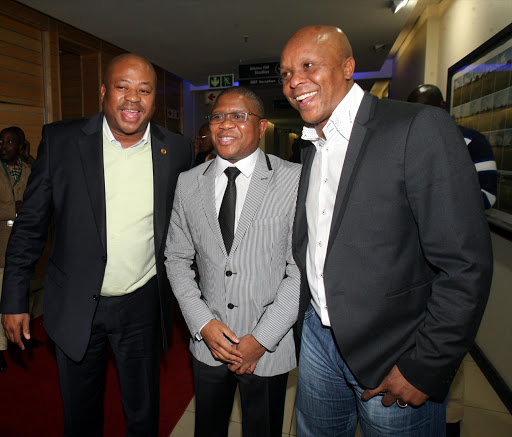 Over the coming weeks, we will delve into issues related to the Indaba such as transformation and development. However, in this maiden contribution to the column I believe you'll soon rate as one of your favourite weekly reads, I wish to focus on matters international.

As we demonstrated our hospitality and humanity during the 2010 Fifa World Cup, in a few days' time our country will become a home away from home for scores of international sport leaders and luminaries. The Olympic Movement descends onto our shores for the 123rd International Olympic Committee Session General Assembly to be held in Durban from July 4 to 9.

While we have hosted a number of IOC-sanctioned sporting events as a country and continent, the session is being hosted on African soil for the first time in the history of the Olympic Movement.

We are humbled by the confidence expressed by the IOC in our ability to host this prestigious event.

When Cabinet approved the hosting of this event in 2008, it was with the expectation that each South African would play a key role in welcoming the guests to our country.

We may have done it in 2010, but we can never cease to impress both ourselves and the world. We have to show them that we are the children and grandchildren of the iconic Nelson Mandela, who coincidentally celebrates his birthday during the month of the session.

During the various world events we have hosted, we set ourselves a very high standard that we must continue to uphold.

We must display mofuthu, and generously share with our guests the ubuntu-botho that is the tapestry of life and the glue that holds us together as a nation.

While the session will not attract thousands of cheering spectators, it will give sport leaders throughout the world an opportunity for cross-fertilisation of ideas and global collaboration. It enables us as a country and continent to be strategically repositioned as a destination of choice for tourism and business initiatives.

The session is also an opportunity to further boost our country's sports tourism.

To this end, we have already secured 200 meetings and conferences over the next five years, which will attract thousands of international delegates to the country. This is also expected to generate about R1,6billion in revenue.

In addition, South Africa has already also put in bids for an additional 45 meetings and conferences for 2011 to 2020.

Such events naturally provide opportunities for international visitors across various walks of life and networks of influence to experience the country first-hand and observe socio-economic development in progress.

We wish to thank all international federations for continuing to have confidence in us. Our membership of the family of nations is not only the result of our hard work and ubuntu as a country; but also the help that we keep receiving from our friends the world over. We wish the IOC well as they prepare to decide on and announce the winning city to host the 2018 Winter Olympics out of the three: Annecy (France), Munich (Germany) and PyeongChang (South Korea).

As the cities try to outsmart each other in catching the attention of the IOC executive committee, for us we'll just be happy that it all ended on our shores, opening new vistas and horizons for the youth and all citizens of our country.

In recognition of the immense contribution played by the IOC and in particular their president, Mr Jacques Rogge, to the growth of world sport and that of our country, President Jacob Zuma will confer the National Order: Companions of Oliver Tambo on Mr Rogge as part of the week-long activities. This will be a historic occasion witnessed by the world.

South Africa, let's join the president when he confers the order in the presence of luminaries such as Sepp Blatter and Issa Hayatou, the two distinguished gentlemen who played a momentous role during the 2010 Fifa World Cup.

The royal wedding of South Africa's Olympic swimmer Charlene Wittstock to Prince Albert, IOC member and Prince of Monaco, warms our hearts as it also brings positive attention to our country. It will be a pleasure for us to welcome the newlyweds to South Africa.

As we welcome the world to our shores, let's all fly our national flag, wear the national colours and sing our national anthem to the best of our ability whenever we get the chance. Together, we can send a strong message to the world that we are indeed the premier destination for major events. Africa, re a kgona.