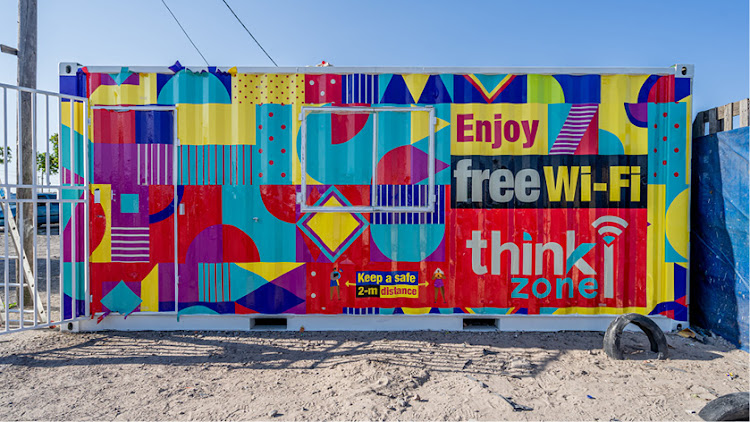 An organisation called Think WiFi realises how important this issue is, and is making the internet freely accessible to thousands of people around the country.

Think WiFi was started by Marnus Kruger and his wife Jeanine in 2018. The non-profit organisation has built more than 200 free wireless internet sites in underserviced communities in the Western Cape, Eastern Cape, Gauteng and Mpumalanga.

“We come from the telecoms world and in 2018 we found the opportunity with Google Station to start providing free WiFi across South Africa. Unfortunately, the Google Station project was stopped, but we made the decision to keep on going,” says Kruger.

“We view the internet as a basic human right. We have seen that the bulk of South Africans have to pay a lot for data, but through Think WiFi, we have seen how we can make a positive change. Not only are people able to save money to use to buy more food and pay for the education of themselves or their children, but they can also become more digitally aware and use the internet to find work opportunities and other educational tools.”

Think WiFi employs three community development officers who engage with community leaders to start up the free WiFi hotspots. The organisation also runs a youth ambassador programme, in which young people are employed to help the rest of their community to make full use of the internet, teaching them things such as setting up an email account.

Jerome Daniels is a community leader in the settlement of Blikkiesdorp in Delft, Cape Town. He says Think WiFi has been a massive help to both adults and children.

“The people in the community previously had to spend a lot of money on data, and it was very difficult for them to access the internet. It has been especially nice to see that the children in Blikkiesdorp are using the internet now to improve their schoolwork. And adults have also used the free WiFi to find work and to do online courses.”

A dream to lift women out of poverty has given birth to an award-winning business.
SebenzaLIVE
4 months ago

High school girl learners in South Africa are being given a headstart in science, technology, engineering and mathematics (STEM), through a ...
SebenzaLIVE
4 months ago
Next Article