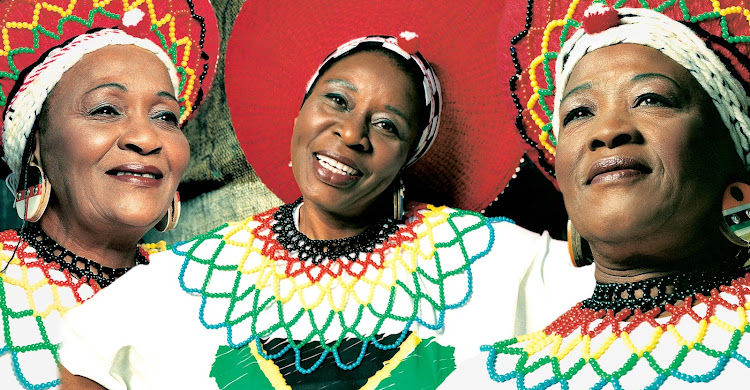 Mahlathini & the Mahotella Queens is one of the many SA groups whose unique sound has been shared with the world by Gallo Music.
Image: Supplied/Gallo Music

The 1920s — dubbed the Jazz Age — were an economic boom period for Johannesburg and the country after the end of World War 1 and the gold rush that had begun in the previous decades. Music filled the dance halls, tea rooms, speakeasies, bioscopes, homes and the streets of the city. It’s in this environment of merriment and camaraderie that Eric Gallo, a 21-year-old visionary and party animal, emerged.

Born in 1904 in Pietersburg (Polokwane), he enrolled at Wits University as a civil engineering student. But after two years he realised it was not a career path he wanted to pursue. His future was in music.

In 1926, Gallo founded a small music shop in Joburg’s bustling CBD. This was the start of what would become Gallo Music, a recording giant with diversified subsidiaries and lucrative international partnerships.

From the pathfinders of boeremusiek and the pioneers of marabi, to the young pennywhistlers who founded kwela, sax jive and mbaqanga, Gallo has recorded groundbreaking local artists whose unique styles would become iconic. It has shared their talents with both local and international audiences, and preserved their musical legacy for posterity.

To mark its milestone 95th anniversary in 2021, the company has released the Gallo Vault Sessions, a well-researched six-part podcast series that focuses on the history of Gallo and the many significant contributions its artists have made to the SA music landscape over the years.

Written and produced by Zara Julius from Konjo, a pan-African, women-led creative research and cultural storytelling agency, the series explores the dance between socio-political and cultural moments in SA's history — from radio censorship to the conscious construction of the "sound of whiteness", and Afrikanerdom in particular, as well as the global explosion of SA music as new voices emerged after the first democratic election.

The newly released fourth episode of the Gallo Vault Sessions explores the influence of talent scouts and producers – acting as proxies for white-owned record labels – on shaping the sound of "black music" in SA. They formed a "buffer zone" between the labels that profited from black recorded music and the artists who bore the brunt of a financially exploitative industry.

Acclaimed penny-whistler and organ jive player Lulu Masilela from the Boyoyo Boys discusses how, despite writing many major hits, he never received any songwriting credits; and Hilda Tloubatla, the original soprano from the Mahotella Queens, recalls how her parents sent her to boarding school but only her luggage made it there — she hopped on a different train to Joburg and landed on Gallo’s doorstep, wanting to sing.

Tloubatla's timing was impeccable, as producer Rupert Bopape happened to be short of a session singer that day. That session led to him forming the Mahotella Queens. Tloubatla's parents also found out where she was when they saw a picture of her in Drum magazine performing at a farewell concert for singer Letta Mbulu, who was heading into exile.

The podcast series digs deep to give insight into the artists, the culture, the political landscape and the stories behind the most powerful and significant songs of the past 95 years.

Episodes one to four of the Gallo Vault Sessions are available on all major digital streaming platforms including Apple, Spotify and Google, with a new podcast to be added on the last Thursday of each month up to August.

Each episode is accompanied by a DJ mix by invited vinyl selectors and featuring tracks from the Gallo archive.

This article was paid for by Gallo Music.